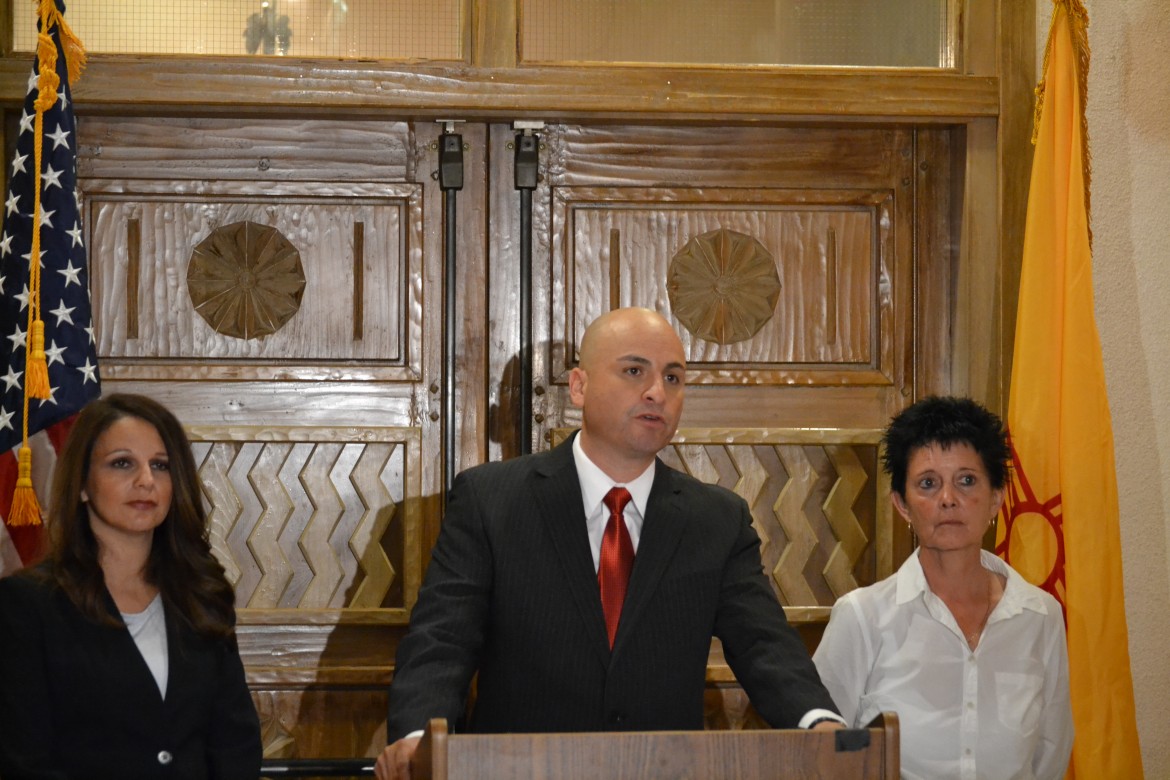 The New Mexico Attorney General introduced a team that will review the state’s criminal justice system, particularly violent crimes, and identify solutions for problems they find.

The group, called the Multidisciplinary Violent Crime Review Team, was revealed on Wednesday in Albuquerque and is made up of state and local leaders.

Balderas warned the team and members of the public, “this is not going to be an easy process.”

The idea to create the group came after Rio Rancho police officer Gregg Benner was fatally shot earlier this year by a repeat offender. The first phase will include a look into this case.

Balderas called the shooting “a breaking point for the general public.”

Julie Benner added that she wants to see changes to the criminal justice system in the state. She said the system “failed” and is the reason her husband was killed in the line of duty.

Also among the members are Albuquerque Police Department Chief Gorden Eden and Second Judicial District Attorney Kari Brandenburg. Brandenburg and APD have had a tumultuous relationship in the recent past after she decided to file charges against two officers for shooting and killing James Boyd, a homeless camper.

APD later announced that they were investigating Brandenburg for allegations of intimidating witnesses in cases involving her son. A review by the Attorney General found no wrongdoing by Brandenburg. Brandenburg also took partial responsibility for the release of Andrew Romero, the man accused of killing officer Benner in Rio Rancho.

When asked about possible personal conflicts among the team’s members, Balderas said the group will “focus on set principles and guidelines” in order to constructively find and fix problems in the justice system.

“This is a platform where a DA and a police chief can come together,” Balderas said.

Balderas said he expects to have a report from the team early next year and will issue a call to action based on that report.

Julie Benner told reporters that her husband often came home frustrated at the number of offenders back on the streets that were “not appropriate for release.” She said now she intends to use her position as chairwoman to speak for her husband.

Correction: This story previously referred to Julie Benner as the chairwoman of  the Multidisciplinary Violent Crime Review Team. She is actually the chairwoman of a later phase of the project. We regret the error.