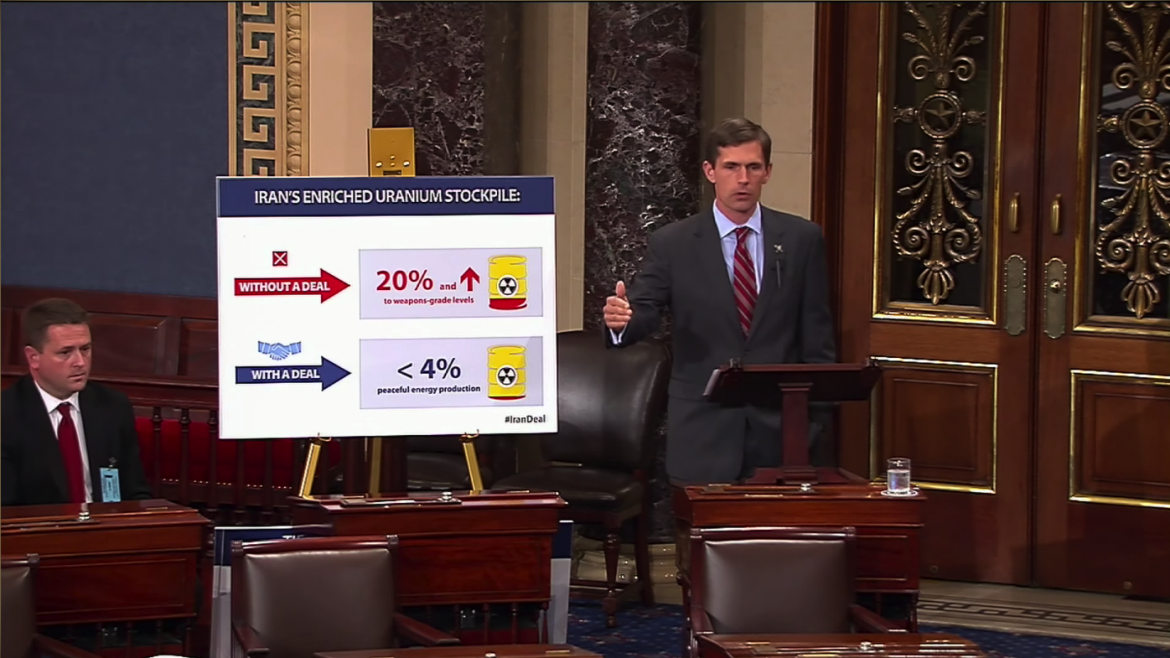 Senator Martin Heinrich speaking on the Senate floor about the Iran deal.

Senator Martin Heinrich speaking on the Senate floor about the Iran deal.

And the only “concrete alternative” to the deal would be a military strike and another war in the troubled region, Heinrich said. this would lead to a nuclear-armed Iran in “just a few years.”

“This agreement represents the best chance to make sure Iran never obtains a weapon and the best chance for Congress to support American diplomacy—without taking any options off the table for this or future presidents,” he said.

Heinrich spoke on Wednesday about his support for the deal negotiated by Secretary of State John Kerry on the Senate floor. The full video of Heinrich’s remarks are available below.

The Democratic Senator said that the deal was an improvement on the current state of affairs.

The nuclear program in Iran “surged ahead rapidly and unchecked” while the United States was involved in the War in Iraq under George W. Bush, Heinrich said according to prepared remarks.

Heinrich said that the deal means that Iran will not have enough enriched uranium to build even one nuclear weapon.

This will come from reducing centrifuges and reducing the amount of enriched uranium Iran is allowed to have. And these will be verified by inspections of all Iran’s nuclear sites, Heinrich says.

The deal has been controversial, with many Republicans saying that it would actually enable Iran to build a nuclear weapon. The Senate will debate the deal on September 8 after returning from the annual August recess. According to reports, it looks increasingly unlikely that the Senate will be able to block the deal.

Heinrich said that his experience as part of the Senate Armed Services Committee, the Senate Intelligence Committee and even as an engineer led him to support the deal.

Still, Heinrich acknowledged that the deal will “not be without risk.”

“But the risks—and consequences—of rejecting a deal are far more dire,” he said.