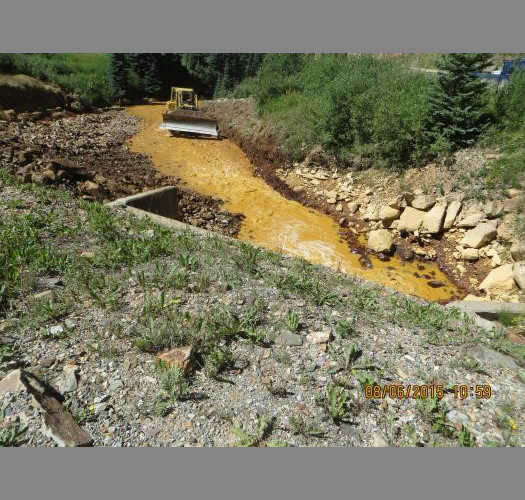 The Animas River spill, or the Gold King Mine spill depending on your preference, is one of the more high profile environmental disasters in recent southwestern United States history.

Yesterday, New Mexico Political Report wrote about six things that you should know about the spill. However, the news continues to change and adapt, so here is the latest on what has happened with the spill.

Farmington Daily-Times: Gold mine’s toxic plume extends to Utah: Utah could easily be next, as the plume of pollution has now reached Utah. The river does not flow into Arizona—at least not until it meets up with the Colorado River near Lake Powell.

Durango Herald: State health official: Animas River at pre-mine blowout levels: Good news, at least, that the levels of metals in the water are returning to what they were before the blowout.

Press releases: NM Lawmakers Write to EPA on Gold King Mine Spill, Call for Point Person to Oversee Agency’s Response/The Gold King Mine Spill is a catastrophe; [Pearce] calls for a full independent investigation: Members of Congress from New Mexico have weighed in. Senators Martin Heinrich, Tom Udall and U.S. Rep. Ben Ray Luján say they want one point person to handle the response. Luján represents the area of New Mexico impacted by the spill.

Christian Science Monitor: Animas River spill: How Colorado’s ‘Gold Medal’ waters turned mustard: Will this spill be a galvanizing moment for those in the West to deal with abandoned mines and the danger they pose?

The West as a whole sports some 500,000 abandoned mines, which “all have problems,” although the potential for King Gold Mine-size leaks varies, Dr. Williams says.

And where acidic mine drainage might not have been a significant problem for people in the past, that is changing.

Almost all of the West’s abandoned mines are high up on mountainsides, giving leaks nowhere to go but down. In Colorado, for instance, most of the valuable minerals are found at elevations between 9,000 and 12,000 feet.

High Country News: When our river turned orange: High Country News, which writes about environmental issues in the West, of course had to write about the Animas River disaster. And they reminded of a worse disasters in the 1970s.

In June of 1975, a huge tailings pile on the banks of the Animas River northeast of Silverton was breached, dumping tens of thousands of gallons of water, along with 50,000 tons of heavy-metal-loaded tailings into the Animas. For 100 miles downstream, the river “looked like aluminum paint,” according to a Durango Herald reporter at the time; fish placed in a cage in the water in Durango all died within 24 hours. It was just one of many breaches of various magnitude. Just a decade before, the same tailings pile was found to be spilling cyanide-laced water into the river. In 1978, after the Sunnyside Mine workings got too close to the floor of Lake Emma, the lake burst through, sending an estimated 500 million gallons of water tearing through the mines, sweeping up huge machinery, tailings and sludge, and blasting it out the American Tunnel and sending it downstream. No one was working in the mine at the time, which is either miraculous, or suspicious, depending on who you ask.

“The dangers in the short-term and the long-term are unknown because the EPA is not communicating openly with the state of New Mexico,” Martinez said.