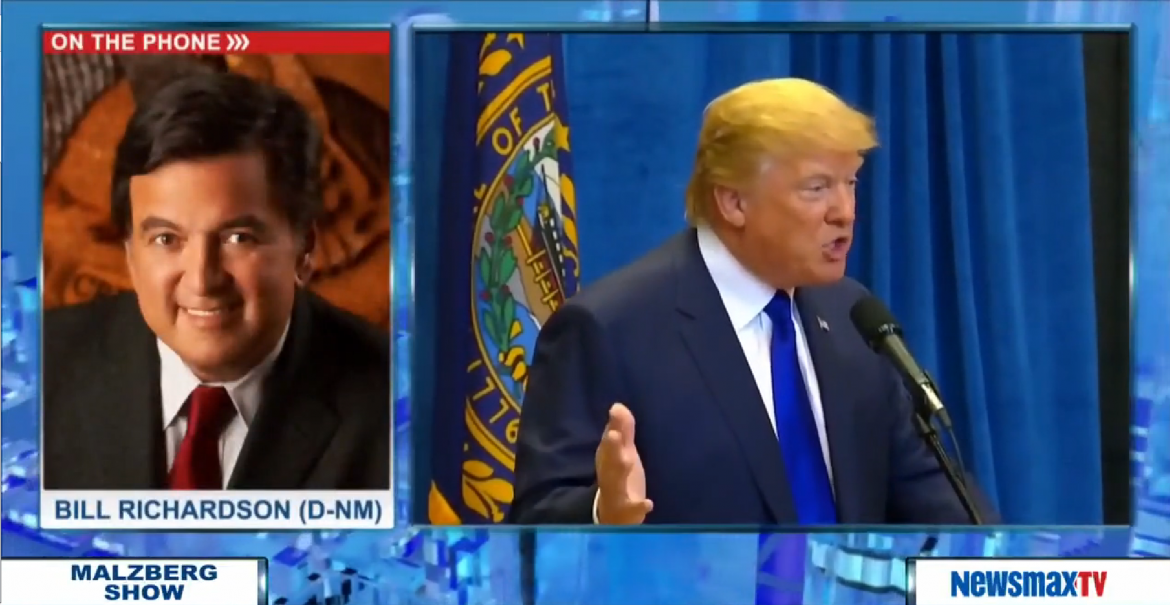 Richardson made the comments while appearing on the Steve Malberg Show on Newsmax TV, a politically conservative cable TV network.

He also criticized the stance by Trump and other Republican nominees that the 14th Amendment should be repealed.

Richardson says that comments like these will turn away Latinos and Hispanics, who have increasingly become a key voting bloc in presidential elections.

“What he’s doing, politically, Steve, is he’s ensuring that Hispanic voters that are going to be 11 percent of the population, 28 million, are going to remember what he is saying and what other Republicans that are coddling up to him who are candidates are saying.

“What’s going to happen is he’s going to be like Mitt Romney who ended up with a low 20 percent of the vote of the Latino vote in states like New Mexico, Colorado, Florida — crucial states. This is disastrous for the Republican Party, but they’re tolerating it,” Richardson said.

Richardson also spoke about Hillary Clinton and the recent scandal over her handling of emails on a private server.

“I don’t believe that any strong jeopardizing of national security has happened,” Richardson said. “I mean, she’s the Secretary of State, she would know, she would know what is classified.”

Richardson himself has experience in running for President. Richardson sought the Democratic nomination in 2008, but never made it to the top tier. After finishing fourth in both the Iowa caucuses and the New Hampshire primary, Richardson dropped out of the race.

Richardson at the time ran against Clinton. He also mentioned another candidate in that year’s primary, Joe Biden.

When asked if he thought that Biden would enter the race, as has been rumored, Richardson said he didn’t think so.

” I just think his own personal situation is going to lead him not to run,” Richardson said.

As for this year, Richardson didn’t seem close to making any sort of endorsement.

When asked if he was supporting Clinton—who he said a number of times he believed would be the Democratic nominee—Richardson laughed.