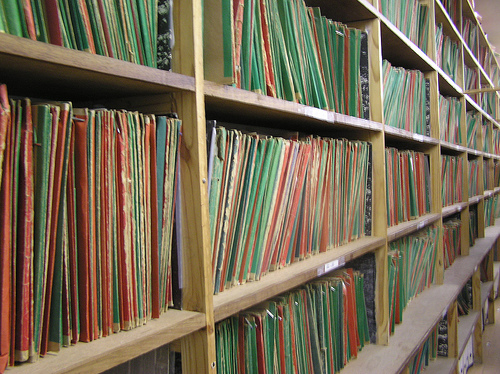 A local watchdog journalist and government transparency advocate was able to dig up names of potential medical marijuana producers primarily through his own searches instead of official records requests.

Peter St. Cyr, an independent journalist, published some names of people that may have applied to become the next round of medical marijuana growers and sellers in New Mexico in the Santa Fe Reporter. He and other transparency advocates have argued these should be public, while Department of Health regulations keep them secret.

St. Cyr did his own research after the Department of Health blocked a public records request he made earlier asking for the names of medical marijuana producers.

After the rejection, St. Cyr did his own search through an online database provided by the New Mexico Secretary of State’s office.

“Using the internet, I found the corporations database online and you can search it by entity name or directors name,” St. Cyr said. “I had heard rumors that Darren White was involved in an application so I entered his name into a search field and it popped up with a few different registrations.”

New Mexico Political Report reported on White’s name being part of a non-profit that wanted to be part of the medical marijuana business.

St. Cyr said he noticed White’s name associated with a company called Purlife that listed it’s business intention as “conducting medical marijuana sales in New Mexico.” He then asked officials from the secretary of state’s office for a list of names associated with keywords such as “marijuana” and “cannabis.”

He said that the groups found in the search are just incorporated and there is no way to tell whether they have officially applied for a license. He also criticized the department in charge of issuing production licenses for not being open about who has applied.

“If the Department Of Health was complying with open records laws then we should have access to the application and know who exactly applied and who their financial backers are,” St. Cyr said.

The New Mexico Department of Health considers the information surrounding medical marijuana producers confidential. A spokesperson for DOH recently told New Mexico Political Report that even the names of applicants would not be released.

In July Gov. Susana Martinez announced that she would direct the DOH to release the names of current marijuana producers.

“Government data is an important resource, just like water. It needs to be collected, centralized and processed for public consumption, including private enterprise,” Boe said.

Ken Ortiz, a spokesman with the Secretary of State’s office said his office strives to get information to the public before it’s requested.“This information is public and we should be able to provide it in an electronic format so anyone who wants to inquire on a corporation or specific candidate or PAC does not have to go through the process of requesting documents and waiting several days, when we can provide that online,” Ortiz said.

St. Cyr spoke highly of the Secretary of State’s office for their transparency, but said there is always room for improvement.

“They are doing the best job in my opinion putting it out there but there’s still a long way to go to make it eminently more functional,” he said.

He wants to see a database that will group corporations based on their trade.