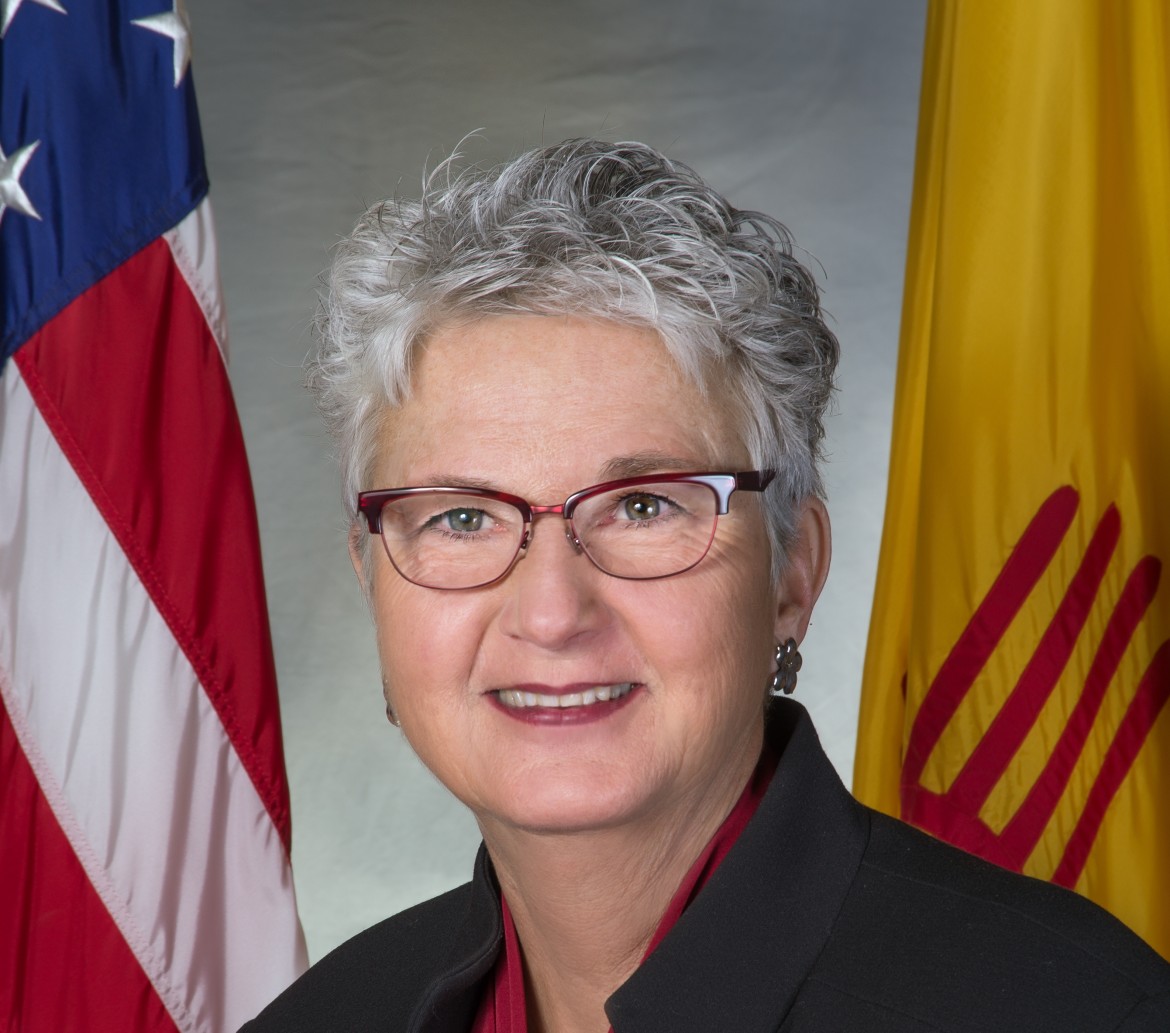 A current Santa Fe County Commissioner wants to go back to the Roundhouse.

Elizabeth “Liz” Stefanics announced today that she is running as a Democrat for the seat held until March by Phil Griego, another Democrat.

Griego, who had held the seat for 18 years, resigned amid an ethics issue involving his vote for a bill that benefited his real estate client. Gov. Susana Martinez subsequently appointed Republican Ted Barela to fill the seat, which he currently holds.

Stefanics held the same seat for one term in the mid-1990s. If elected to the state Senate this time, Stefanics said she’ll focus on a living wage, education, healthcare and affordable housing, among other issues.

Stefanics is currently serving her second term as county commissioner.

The state senate district covers a wide swath of land, extending from parts of Santa Fe County through Bernalillo County and down to Ruidoso. Registered Democrats outnumber registered Republicans by 18 percentage points.

The seat will certainly be one to watch at state Republicans aim to take control of the Senate after a historic 2014 election that saw them win the state House of Representatives for the first time in 60 years.

Griego’s pro-business voting record made him one of the more conservative Democrats in the state Legislature. Griego also served as the chair of the influential Senate Corporations and Transportation Committee.

Barela, the former mayor of Estancia, will serve his first general legislative session next January. After he was appointed, Barela told media that he intends to seek reelection.

Stefanics was actually nominated for the seat after Griego’s resignation, but she said at the time she did not expect to be chosen by Martinez. Like Barela, Martinez is a Republican.