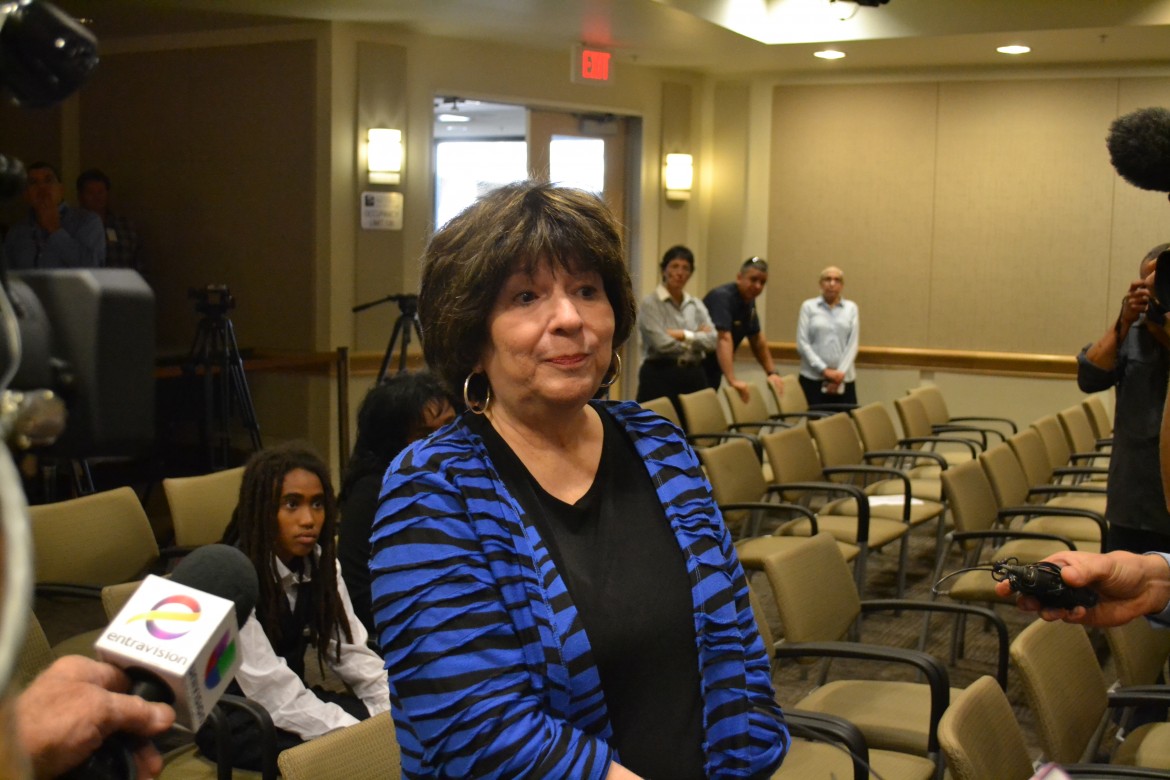 The acting superintendent for Albuquerque Public Schools could be in the position through the end of next June.

The state’s largest school district offered Raquel Reedy the contract that could run through June 30 of next year. The offered contract could also end when the district finds a permanent superintendent. Reedy has been the acting superintendent since former APS superintendent Luis Valentino resigned amid scandal.

The Albuquerque Journal first reported the news of the contract offer to Reedy. Reedy is the school district’s associate superintendent for elementary education.

The APS Board of Education was sure to call her “acting” and not “interim” superintendent, though it isn’t clear what the difference is besides semantics.

The contract calls on her to make $200,000 per year. This would be prorated, and would come with $7,962.31 payments every two weeks. A copy, via the Journal, of the contract is available below.

APS hasn’t had much luck in recent years when it comes to hiring superintendents. Winston Brooks resigned, with a large buyout, after a troubled tenure. Valentino was brought in under the promise of turning things around; he resigned just months into a three-year contract.

After hours of discussion behind closed doors, the board agreed to a buyout for Valentino.

Reedy has been with the school district since 1976, starting as an elementary school teacher in special education. She became the associate superintendent for elementary education in 2007.