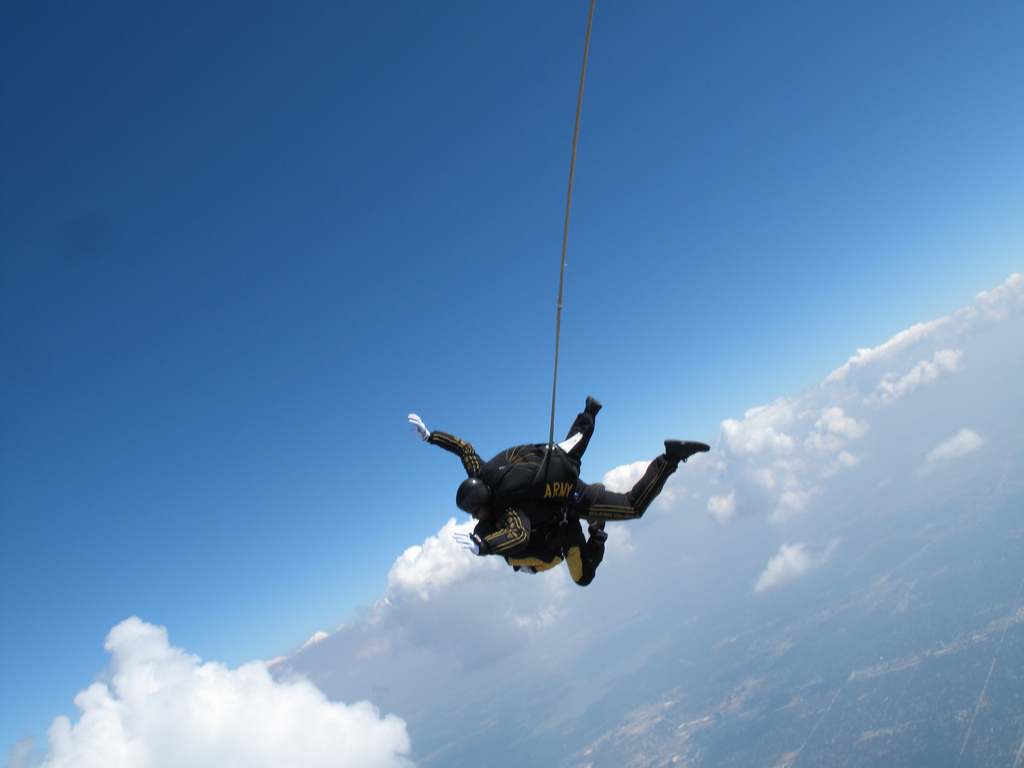 Gov. Susana Martinez will jump out of a plane for campaign cash.

This weekend, Martinez and her husband—first gentleman Chuck Franco—will take to the skies above New Mexico and skydive for a fundraiser for Speaker of the House Don Tripp, the Santa Fe New Mexican reported Friday.

In a time where over a dozen Republican presidential campaigns and even more super PACs are jockeying for money, the leap of faith is one way to cut through the clutter and get attention for a fundraiser.

From the New Mexican story:

Tripp’s son-in-law, Lonnie Gonzales, mowed a 450-foot by 450-foot zia symbol that will serve as the landing target in a 20-acre field.

An invitation sent to Republican House members says the fundraiser will offer food, entertainment and the first-ever leap from a plane by Martinez and Franco.

Martinez isn’t the first prominent Republican to make headlines for skydiving. George H.W. Bush, the 41st President of the United States, famously went skydiving to celebrate his 75th birthday. And 80th. And 85th. And 90th.

More on the Martinez fundraiser from the New Mexican:

Nearly 50 corporations, lobbyists and individuals are listed as sponsors of the fundraiser, which will help in the Republican effort during the 2016 elections to maintain control of the state House. The GOP last year won a majority in the House for the first time since 1954. Republicans have a 37-33 advantage over Democrats.

At the same speech in Chaves County, Maestas said there were five vulnerable Republican seats, though did not name which.

Presumably, some of the cash from the skydiving fundraiser will go towards defending those seats—as well as an attempt to expand that majority.