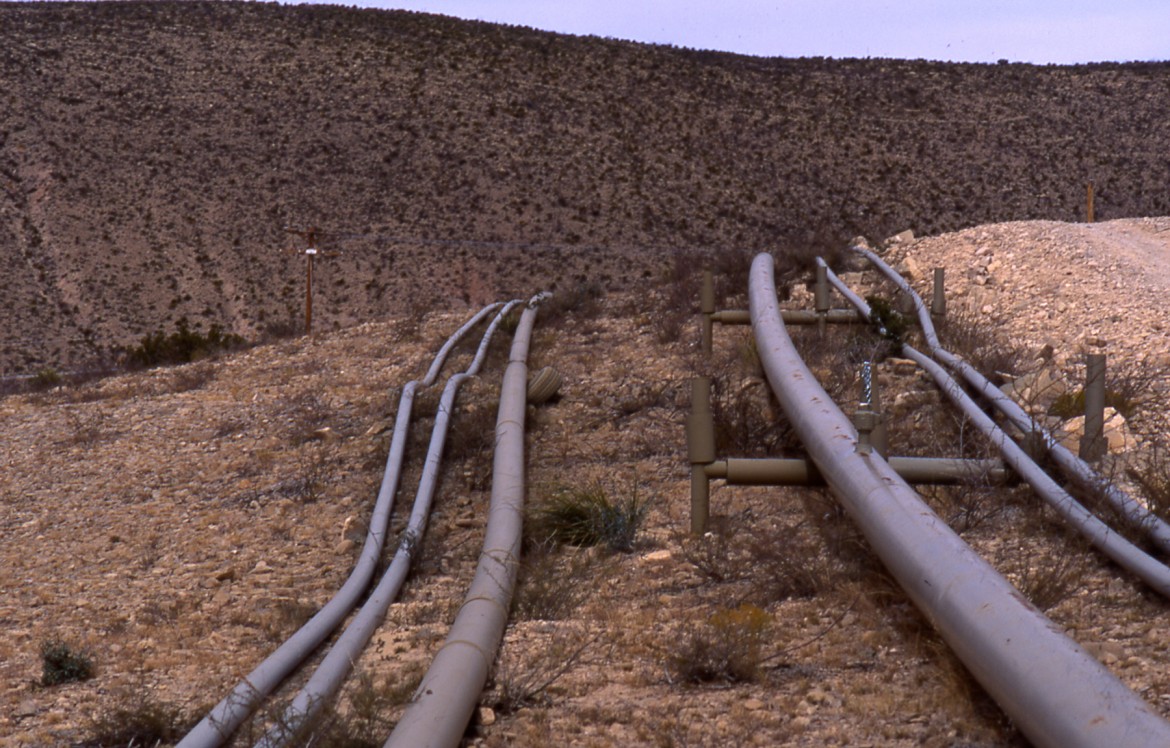 One push for cutting methane emissions isn’t citing the latest warnings by scientists over melting polar caps or increased wildfires; instead it is appealing directly to the checkbook.

On Tuesday morning, the Center for Methane Emissions Solutions held a Business Roundtable at the Albuquerque Country Club. The small audience gathered to hear the business argument for plugging methane leaks.

Patrick Von Bargen is the executive director of the Center for Methane Emissions Solutions. He introduced three others in the growing methane emission mitigation industry.

“We have lots of dollars worth of methane gas being wasted, not going to the bottom line of oil and gas producers around the country,” Von Bargen told the roundtable in his introductory remarks.

The rest of his remarks spoke to the billions of dollars lost from methane emissions by companies (up to $2 billion) and how natural gas production is set to increase both in the U.S. and globally in the coming years.

“The economic side of this is what our group knows about,” Von Bargen explained to New Mexico Political Report in a phone interview the day after the roundtable.

Other speakers were from companies in the growing industry.

He said that one company does inspections once a month instead of the required quarterly inspections “because it has a financial gain for them.”

The closest someone came to extolling the environmental impacts of methane leaks was Jason Libersky of the Albuquerque-based Quantigy.

“A lot of oil companies don’t realize how much money is being released into the atmosphere,” Libersky said. “You can do good for the environment and make a lot of money.”

Libersky echoed this in a phone conversation the next day.

“Regardless of people’s viewpoints on climate change and those issues, the incentives are there and those deals are aligned, so let’s take advantage,” he said.

But there is a third entity in oil and gas drilling: The government.

Cost-effective technology is available to address the problem, and both industry and states stand to benefit, Balderas said. “As attorney general of one of the states most affected by the venting and flaring rule, I respectfully urge the Department of the Interior to move forward swiftly with a rule to help the people of New Mexico,” he wrote.

Balderas was talking about venting and flaring—different issues than the leaks the roundtable sought to address—but it comes to the same point; state and federal governments are losing out on money with methane that isn’t captured.

Von Bargen said over the phone that the Bureau of Land Management is looking at new rules hoping to stop this.

Why haven’t they made the move?

But sales pitches are like that, so when a short Q&A session came, some asked why companies weren’t already doing this.

Von Bargen has a theory that the initial investment could scare off oil companies. The companies are making money and so don’t see the need to change anything.

“I think it’s just the inertia of the current way of doing things,” he explained.

Risser said that requirements in many parts of the country don’t allow for use of OGI, but instead a Toxic Vapor Analyzer (Risser refers to these as a TVA, “wand” or “sniffer” almost interchangeably). But when Colorado changed regulations to allow OGI, companies chose that product.

“By far the tool of choice now is OGI,” Risser said.

Jerry Fuentes of Airtek Systems also participated in the roundtable. He said a foreman at a site loved the compression system that would cut costs but was told, “We’re not required to do it, so we’re going to have to pass.”

This wasn’t the only such discussion Van Borgen has had. While he was headed back to Washington D.C., where CMES is based, after the Albuquerque meeting he said he would be traveling to Colorado for a similar roundtable.

He also said that he has had a number of one-on-one discussions over the past few months with policy makers in Washington D.C. as well as state-level officials who are interested in the problem.

Libersky told New Mexico Political Report that he has had similar conversations in the Four Corners area of New Mexico.

“There’s definitely a lively debate going on up there over energy in general,” he said.

But the idea of win-win kept coming through.

“Regardless of people’s viewpoints on climate change and those issues, the incentives are there and those deals are aligned, so let’s take advantage,” Libersky said.