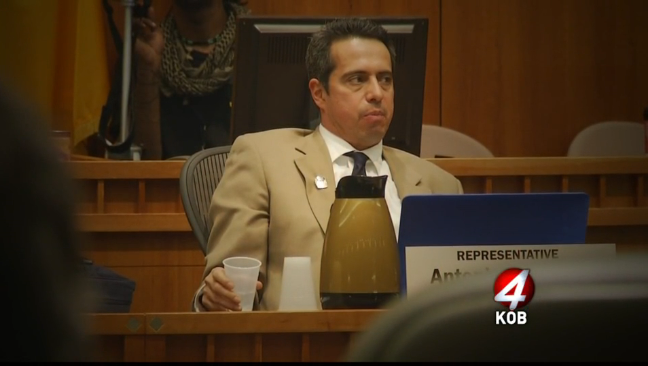 Secretary of State Dianna Duran wants the Attorney General to look into possible violations of campaign finance laws by an Albuquerque state represntative.

KOB-TV first reported on the referral and New Mexico Political Report confirmed the referral with a spokesman for the Attorney General. Rep. Antonio “Moe” Maestas, D-Albuquerque, responded by saying the Secretary of State went to the media before informing him of the referral.

The referral is for a civil violation, not a criminal violation.

At issue are campaign finance reports that did not show all of the donations to Maestas’ state representative campaign. In all, the veteran legislator failed to report nearly $12,000 in campaign donations until he was alerted by KOB-TV.

Maestas disclosed the donations in an amended report, including donations not originally found by the TV station.

Ken Ortiz, the chief of staff in the Secretary of State’s office, told KOB-TV in a statement that they found some violations they felt should be investigated by the Attorney General.

“When our office is made aware of a possible violation of the campaign reporting act, the issue is referred to our Ethics Bureau to conduct a review of campaign reports filed.  During this review, our Ethics Bureau identified several additional possible violations that need to be thoroughly investigated by the Attorney General, which may necessitate a review of Rep. Maestas’ personal and campaign accounts,” Ortiz wrote in a statement to KOB Friday.

In 2015, this office has not received a referral from the Office of the Secretary of State alleging that a candidate knowingly and willfully violated any provision of the Campaign Reporting Act under the criminal enforcement provisions of Section 1-19-36 of the Act. The 31 matters Mr. Ortiz has identified are administrative and civil in nature, such as the collection of penalties and fines for late filing of campaign reports. These matters are being handled by an assistant attorney general in the office’s Open Government Division assigned to provide legal advice to the Office of the Secretary of State.

The Office of the Secretary of State’s ​referral to our office regarding Representative Maestas cited Section 1-19-34.6 of the Campaign Reporting Act, which authorizes referrals to the Office of the Attorney General for civil enforcement of the Campaign Reporting Act, not the criminal enforcement provision. Of course, regardless of the specific provision under which the referral was made, the Attorney General will thoroughly investigate and follow up on this matter.

Maestas sent a letter to the Secretary of State after the referral. He was very critical of the actions.

“Going to the Attorney General and the media instead of writing to me, in direct violation of state law, calls into question your motives in this matter,” Maestas wrote.

He also wrote on Friday that he has not received “any correspondence or communication from the Secretary of State’s office regarding this matter.”

Duran has been criticized over referrals of campaign violations to the Attorney General in the past. Or, rather, over the lack of referrals.

The Farmington Daily-Times was unable to find how many potential campaign finance violations were sent by the Republican Secretary of State to the office of the Attorney General.

Balderas wrote earlier this year that there had only been one criminal referral from her office to the Attorney General’s office.

Duran herself is facing legal trouble for allegedly funneling campaign funds to personal accounts. Duran is facing 64 counts related to the alleged violations.

The House is also looking into impeachment. If impeached by the House, Duran could face removal from office by the state Senate.

If convicted of any felony, Duran would also be removed from office.