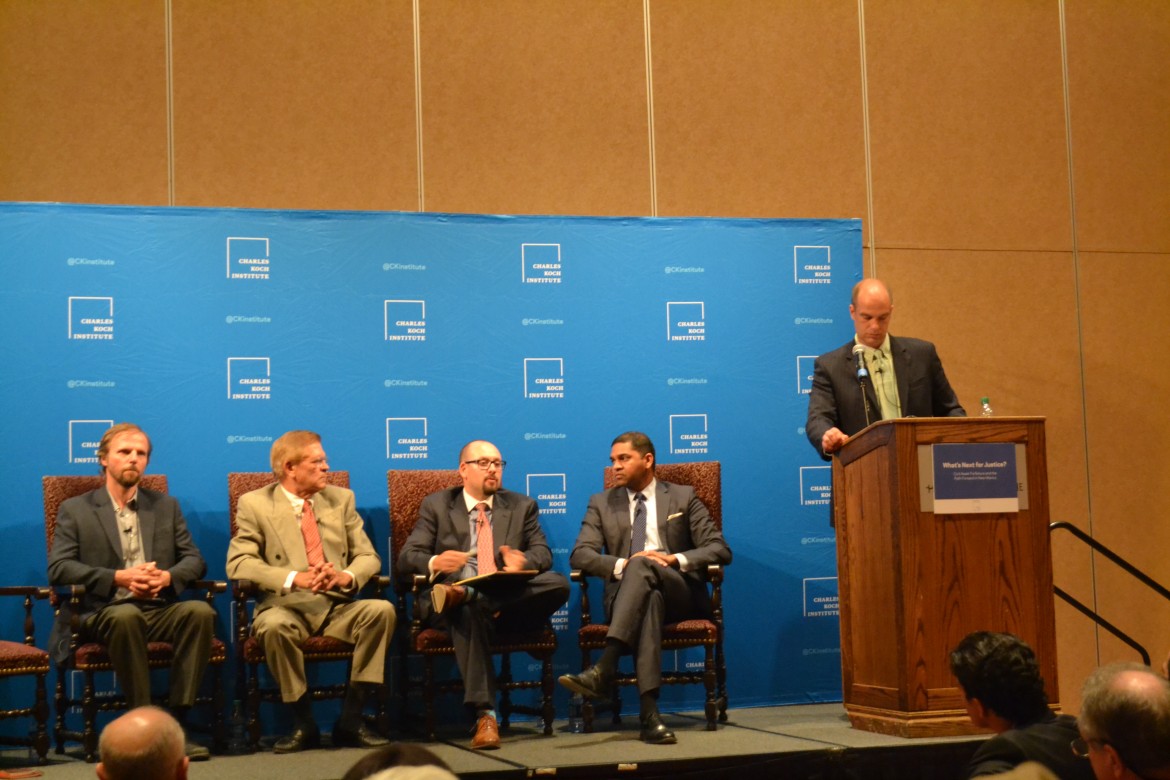 The American Civil Liberties Union of New Mexico and The Charles Koch Institute, two groups that arguably have differing opinions on many things, appeared on the same same stage in Albuquerque on Wednesday to discuss civil asset forfeiture.

Representatives from the two groups, along with a criminal defense attorney and a former director of the Justice Department’s Asset Forfeiture Office, discussed the importance of reforming states’ laws regarding asset forfeiture.

Moderated by Paul Gessing, the director of the free market think tank Rio Grande Foundation, the panel discussed how New Mexico recently passed a law to change how and why law enforcement is allowed to take property.

One particularly interesting member of the panel was Brad Cates, a former prosecutor, New Mexico lawmaker and one of the people responsible for creating a law that allowed police to seize property without a conviction or even an arrest.

Cates told the audience when he helped create the law, the United States was fighting drug cartels and civil asset forfeiture was an attempt to stop them by hurting them financially. Now, he said, the same laws he helped push are not relevant and are unconstitutional.

“I’m a conservative Republican and I hate crime,” Cates said. “But I believe in the Constitution.”

Also on the panel was Diego Esquibel of Albuquerque’s Barnett Law Firm. He spoke of the importance of reform, but was less than optimistic about the implementation on the municipal level. In reference to the City of Albuquerque, Esquibel said, “They’re not going to follow the law.”

He said many police departments still take property from citizens without an arrest, “but they call it something else.”

A former prosecutor, Esquibel said he disagreed with a comment from Martinez in which she said  law enforcement does not police for profit. He speculated that even though Martinez signed the bill into law, she was not enthusiastic about it.

When Esquibel was a prosecutor, he worked under Martinez, when she was a District Attorney.

“She signed it,” Esquibel said. “But she might need some crown replacements from grinding her teeth.”

Esquibel later told New Mexico Political Report Martinez is “pro-law enforcement” and that he  figured Martinez was trying not to disrespect law enforcement when she denied they police for profit. He added that he highly respects her.

“She is the best elected DA I ever worked for,” Esquibel said.

Steven Robert Allen from the ACLU of New Mexico spoke about how his group took two years to help recover money seized from a father and son traveling through New Mexico. The now-familiar story was frequently told when Allen, Gessing and former New Mexico Attorney General Hal Stratton pushed for the reform bill during the 2015 legislative session.