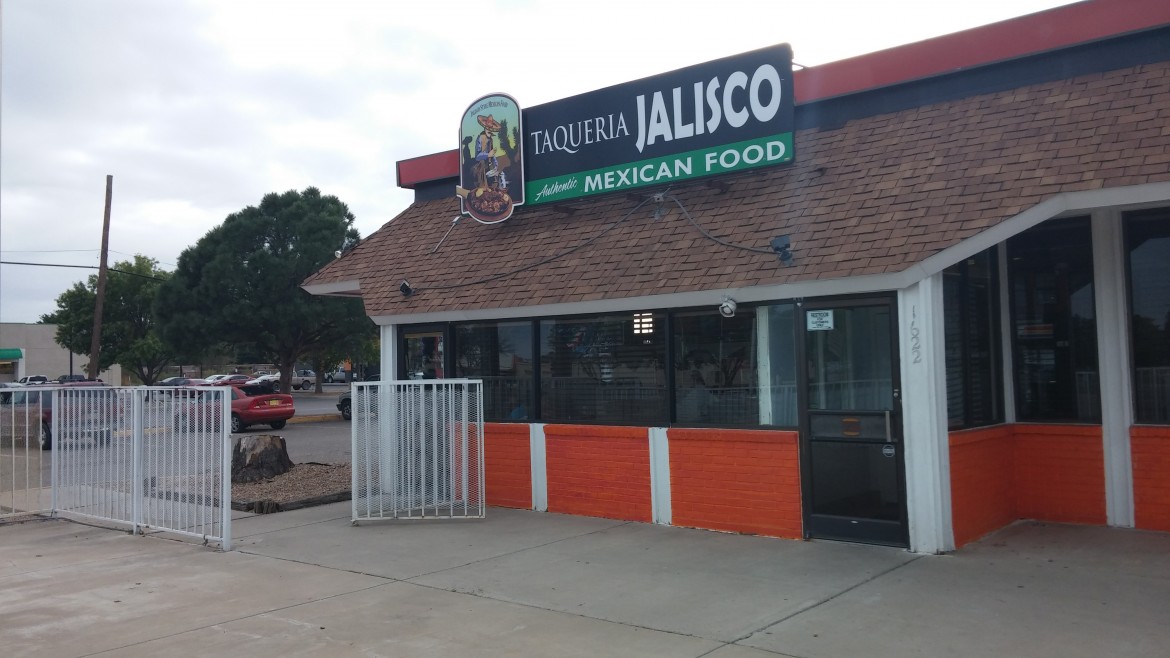 ROSWELL — Count Saul and Claudia Rubalcaba among a growing demographic that’s changing Southeastern New Mexico. Both came to the state 15 years ago from a town just outside of Chihuahua City, Mexico.

As they settled into a new city, Claudia started working at a restaurant called Taqueria Jalisco while Saul worked as a plumber fixing sprinklers. Last year, the married couple got an offer from Taqueria Jalisco’s owners—move to Roswell and manage a new franchise on the south side of the city.

“In the beginning we said no,” Saul explained in an interview on a recent weekday sitting with Claudia in a booth in their restaurant. “We went to Mexico for a vacation. When we came back they called us and invited us to come over. We said no again. And finally the third time, we said, ‘Well, we can do this.’”

The restaurant serves authentic Mexican meals like agujas served with nopalitos and tortas with the option of lengua. The building used to be a Burger King.

“Actually, you can still see the logo on the main door,” Saul said with a laugh.

Their move to Roswell in January adds to the city’s growing Latino population—a population that the U.S. Census recorded as a majority for the first time in 2010.

That year, Latinos officially made up 53 percent of Roswell. While growth of the Latino population has implications for the area’s traditionally conservative politics, it’s also changing the region’s business sector.

“Not only are immigrants here as consumers, but as business owners who are providing jobs to the area,” said Marina Piña, a Roswell organizer with the immigrant rights group Somos Un Pueblo Unido.

And it’s only continuing to grow.

By the next Census survey in 2020, Romo Villegas expects to see that Latino population grow to close to 60 percent. Villegas runs his own insurance company out of a downtown Roswell building he shares with his father Bobby Villegas, who has worked for Farmers Insurance for 30 years.

“Of course we serve a big Hispanic population,” Romo said in an interview. “That’s kind of our main source of clientele.”

Romo also serves as president of the Roswell Hispano Chamber of Commerce, which was founded in 1987 and now claims a membership of more than 100 area businesses. Apart from advertising on behalf of members to the full community, the Hispano Chamber also targets the Latino community—for example, with ads on the local Spanish-speaking radio station.

“The Hispano Chamber is a little bit different [than the Roswell Chamber of Commerce] in that we have a cultural obligation to our community, too,” Romo said.

That includes the organization’s role in helping a successful push to rename a city golf course after Hall of Fame golfer Nancy Lopez, who grew up in the area. Romo said the Hispano Chamber supports ongoing proposals to rename city streets after civil rights icons Martin Luther King Jr. and Cesar Chavez.

Zayda Dominguez, an executive assistant for the Hispano Chamber who’s lived in the area for more than two decades, said Latinos in the area tend to patronize businesses owned by other Latinos. A Spanish speaker seeking financial advice can count on talking to another Spanish speaker at A.M.I.G.O. Tax Service, a Latino-owned business in the city, for example.

“Up to a point, we feel more comfortable,” Dominguez said.

She can attest to the changes in the community since moving to nearby Artesia when she was a teenager. Back then, she said a real Mexican restaurant was hard to come by. But today, food trucks compliment authentic Mexican eateries. Similarly, when Dominguez first came here, she could only listen to one Spanish language radio station. Now she can choose from Roswell’s two Spanish language stations as well as one based in Carlsbad, located an hour’s drive to the south.

“You see more and more of it in everything,” Dominguez said.

Roswell isn’t the only city in Southeast New Mexico with a majority Latino population. In nearby Lea County, which encompasses the cities of Hobbs and Lovington, 54 percent of the population is Latino. Chaves County, which includes Roswell but also small towns like Dexter, Hagerman and Lake Arthur, is today nearly 55 percent Latino.

In neighboring cities like Portales and Clovis where Latinos aren’t the majority, they still make up more than 40 percent of the population.

The Rubalcabas moved to Clovis, a city of roughly 40,000 supported significantly by the Cannon Air Force base, in 2000 and lived there until relocating to Roswell this year to manage Taqueria Jalisco.

Saul Rubalcaba said that the quick change from plumbing work to co-managing a restaurant made him feel like his head was going to explode during the first few weeks in Roswell.

“I was doing something way different from what I’m doing here,” he said. “In the beginning I didn’t even know how to make the damn coffee in the coffee maker machine.”

But since then Saul said business has been slowly moving up. He and Claudia’s next big move will be converting outdoor space into a patio. The restaurant has already secured a beer license and a fence enclosing a space in front of the restaurant.