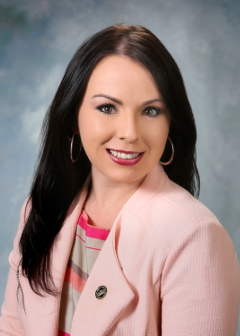 Rep. Stephanie Maez is giving up her seat in the Legislature to concentrate on the trial of her son, who is facing murder charges.

Maez’s resignation will be effective November 5, although she said she would tender her resignation letter to the Secretary of State’s office today.

The Albuquerque Journal first reported the news of Maez’s pending resignation. New Mexico Political Report reached out to Maez but was unable to contact her.

She told the Journal the reason for her resignation was to focus on her family.

We will add any response from Maez to this story.

Donovan Maez, her son, was charged with an open count of murder in the shooting of a Manzano High School student at a party. He has pleaded not guilty.

Maez was also the CEO of the Center for Civic Policy, an Albuquerque non-profit

Maez’s replacement will be chosen by the Bernalillo County Commission, since her seat is fully within Bernalillo County. Maez herself was chosen by the commission in 2014. She was at the end of a line of dominios, which started when Tim Keller left the State Senate after being elected State Auditor and was replaced by Mimi Stewart.

Stewart was in the House at the time, so when she left to become a member of the Senate, her seat needed to be filled; Maez was the Bernalillo County Commission’s choice.

Gov. Susana Martinez officially makes the decisions on naming replacements, but can only choose from the candidates put forth by county commissions.

For example, in replacing Phil Griego, Martinez chose former Estancia mayor Ted Barela, the choice of the Torrance County Commission. Other counties put forth other nominees.

In another high profile case in 2011, Republican Kent Cravens resigned to become a lobbyist for the oil and gas industry. His district covered portions of Bernalillo and Sandoval counties. Both commissions chose Lisa Curtis, a Democrat, to replace Cravens. Martinez had no choice but to appoint Curtis to the position.