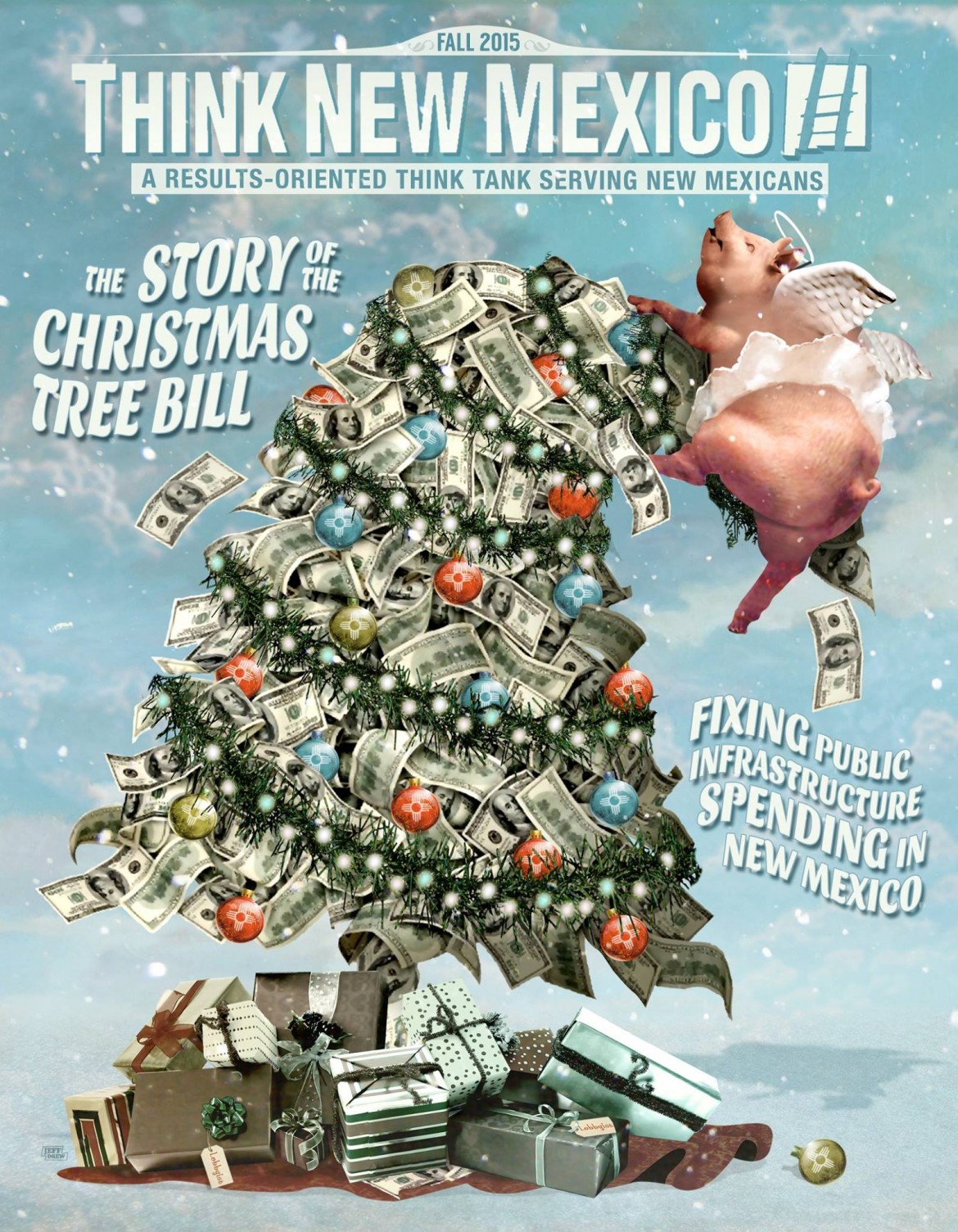 So says Think New Mexico, a Santa Fe-based think thank that in recent years has successfully pushed to repeal gross receipts taxes on food and stripped the Public Regulation Committee of some responsibilities.

Taking on the entrenched interests of capital outlay, however, will be a “heavy lift” as executive director Fred Nathan acknowledged in an interview last week with New Mexico Political Report.

Still, that’s the task that Think New Mexico’s board said should be next.

One reason it was on their mind? The board met the day after a single-day special session where legislators passed the capital outlay bill and a tax package.

The public didn’t find out exactly what was in the bill until after legislators had already gone home.

The reasons why reform will be difficult are also the reasons why Nathan believes the process of public infrastructure spending needs reform.

Right now, the way capital outlay works is the money for infrastructure projects is split up between legislators and the governor. Each legislator gets a set amount of money and decides what projects should be funded in their district (or in other districts). The money comes from severance taxes, which are mostly from oil and gas for “severing” the resources from public lands.

The requests are then put into a bill, which usually passes easily. If it does not pass, there is a special session to pass the legislation; while it is not required to pass (the budget is the only legislation the Legislature must pass annually) it has essentially become a do-pass bill over the last few decades.

How to change the process

Nathan says this needs to change and that the model of how to change it is already in place in New Mexico.

His idea is to use a process like the one currently used for public schools, which uses objective criteria to rank which schools need repairs the most and direct funding to them.

Each year, some of the state’s severance tax bonds are dedicated to funding these school repair and replacement projects in order of their priority. Local school districts are required to match the state funds on a sliding scale that ranges from 90% in the wealthiest districts to 90% in Zuni, with an average match requirement of around 50%.

“That’s working very well,” Nathan said. “It’s effective and it’s really made a major difference in the condition of our public school buildings.”

Think New Mexico envisions a board with an equal number of appointees from the legislative and executive branch. That board would create a comprehensive infrastructure plan and use objective criteria to determine which projects are most needed.

But some legislators aren’t exactly willing to give up the funding for projects in their area and are willing to say so.

The Santa Fe New Mexican spoke to Rep. Jim Trujillo, D-Santa Fe, where he defended the process as a way individual legislators can help their communities.

“Legislators have to have something to take home to their communities,” Trujillo said in an interview last week. “It’s the only thing you can take to the bank. It helps you get re-elected. It opens the door for you to go out into the community and ask the people for their votes. … The most important thing you do as a legislator is to improve your community.

“If you can’t make intelligent decisions about projects your community needs, why would you want to be in the Legislature?” Trujillo said.

Nathan says that the lack of transparency in the process gives lobbyists the ability to get projects tucked into the bill without any accountability.

The lack of transparency was most noticeable during the most recent capital outlay bill. The bill failed during the regular session, amid much sniping back and forth between House Republicans and Gov. Susana Martinez and Senate Democrats including Senate Majority Leader Michael Sanchez.

After the end of the session—and more partisan bickering—the two sides came to an agreement and headed to a special session. The special session lasted just hours.

Nathan noted that the bill was not posted “until after the session was over” and so didn’t have the “public input or scrutiny that you need on every bill.”

“Most people would agree that the best legislation is one where there are many people getting input and applying scrutiny and catching things,” Nathan said.

This was one of six special sessions over the past two decades where capital outlay was discussed.

Overhauling a system that has been in place in one form or another since Gerald Ford was president won’t be easy.

Even if there is political will, that ins’t always enough and even minor changes to programs sometimes require years of effort to finally pass.

Nathan believes it is possible, though.

“We look for topics that are big enough to make a difference but small enough to be politically achievable,” Nathan said.

Correction: The final quote was slightly changed to be accurate.