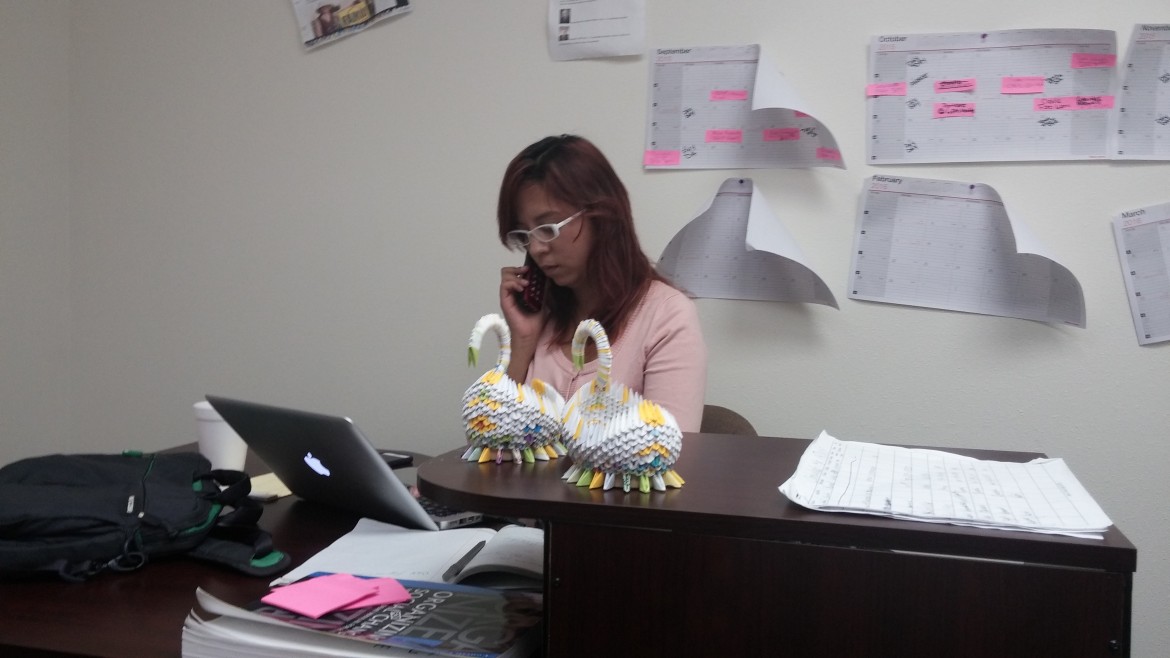 ROSWELL — In southeast New Mexico, advocacy groups like Somos Un Pueblo Unido are making efforts to get the Latino vote out.

Recently, we reported on Somos’ efforts to help permanent immigrant residents apply for U.S. citizenship and vote in next year’s elections. Getting new people to register to vote marks one big step, but it doesn’t guarantee they’ll actually cast a ballot.

Those who say they want to make Roswell’s conservative politics more reflective of its growing Latino population stress that the ballot box is essential. Both Chaves County, which includes Roswell, and nearby Lea County are now majority Latino.

A significant percentage of the Latino population are immigrants—in Roswell, the biggest city in the area, immigrants make up 13 percent of the city’s population, according to U.S. Census numbers. But advocates argue they don’t have a political voice.

“At the state level, we have no representation for our families,” said Marina Piña, a Roswell organizer with Somos.

And voter turnout is low. The last mayoral election in 2014, for example, netted just over 5,000 votes, or roughly 14 percent of the city’s voting age population.

When it comes to most of those who do turn out to vote in Roswell, they tend to align more with Jeffrey Bolduc, the manager of Pecos Valley Tobacco Company, where customers can buy cigarettes through a drive-through window. Bolduc explained that while New Mexico is a blue state, the southeast portion typically votes more like Texas.

“I want Ted Cruz to be president,” he said, referring to the Republican U.S. Senator from Texas.

Roswell, of course, isn’t the only city in the state or even the country with a voter turnout problem. Albuquerque’s city election held earlier this month drew just an 8 percent turnout of registered voters—a more than 40-year low.

Some eligible voters aren’t convinced that casting a ballot is worth their time. Take Zayda Dominguez, who came to the U.S. when she was 10 and moved to New Mexico as a teen.

Dominguez is active in her community. She works at the Roswell Hispano Chamber, where she helps plan the Piñatafest, which draws big crowds on the downtown county courthouse lawn each September.

She’s not convinced voting is in her best interest. Dominguez said too often she’s seen politicians promise everything during campaigns and not deliver after they’re elected.

“That’s the reason I don’t vote,” she said. “Not because I don’t want to get involved, but because it’s always the same thing.”

Jose Zavala, an insurance agent with Farmer’s Insurance, ran unsuccessfully for the Roswell school board two years ago. Now 31, Zavala talked about how hard it was to convince his peers cast a ballot for him.

“Trying to get them to vote is like pulling teeth,” Zavala said. “They have other other things going on like work, just daily life, and they don’t have time for it.”

He described how one of his friends, a veteran, came back after two tours in Iraq and had difficulty getting support from the government.

Non-citizen immigrant residents who want to vote, such as those who Somos is targeting, may face other issues along the way. Permanent residents eligible for U.S. citizenship must to be willing to pay hefty fees to become a citizen.

Dominguez recalls having to pay $700 to complete her citizenship.

“If you don’t have the money, the immigration officials won’t accept your application,” she said.

On top of this, some immigrant residents applying for citizenship pay extra for people to help fill their applications out for them.

“Most of it is common sense, but some people are just afraid they’re going to make a mistake, so they just pay someone to do it for them,” Dominguez said. “Which, when I was becoming a US citizen, I think they were charging me almost $400 just to fill out the paperwork, plus the immigration fee.”

Dominguez opted to fill out the paperwork on her own.

Now a U.S. citizen for five years, Dominguez isn’t ruling out voting in the future. But doing so will take some convincing.

At his insurance office, Zavala offers to register any customer who asks questions about the voting process. He’s adamant about getting newcomers to participate.

“If you don’t vote, the ones who are going to pay the consequences are your kids,” he said.