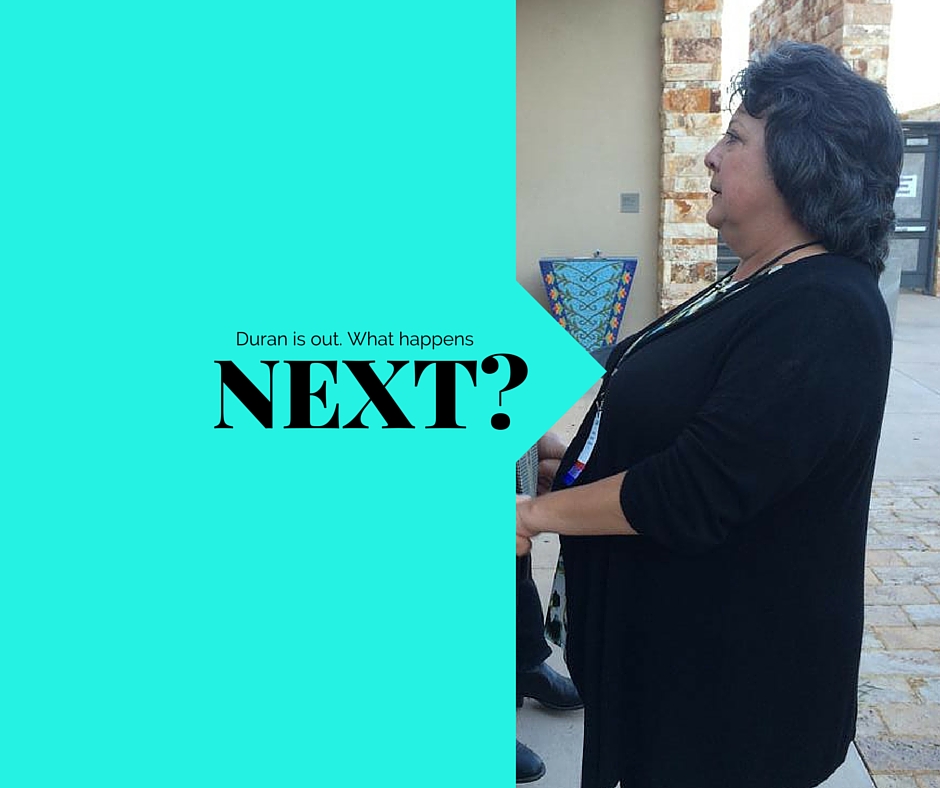 One of the biggest criticisms following the aftermath of former Secretary of State Dianna Duran’s plea deal and resignation was that it looks like she will keep her government pension.

This week, Santa Fe New Mexican reporter Milan Simonich lamented that Duran “gets a pension for violating the voters’ trust” while the newspaper’s editorial board urged Santa Fe District Court Judge T. Glenn Ellington to reject the plea deal for being “too soft.”

State law allows judges to fine public officials convicted of felonies “the value of the salary and fringe benefits paid to the offender … after the commission of the first act that was a basis for the felony conviction.”

No state official has had their pension removed using the law.

The anti-corruption statute, which passed during the 2012 Legislative session and became law that year, was carried by state Sen. Bill Payne, R-Albuquerque. Payne didn’t return phone calls from NM Political Report for this story, but we did reach state Rep. W. Ken Martinez, D-Grants, who carried the corruption bill in the New Mexico House of Representatives that year.

While similar anti-corruption bills that specified taking away the offender’s government pension failed to pass the Legislature multiple times, Martinez said that he and Payne intended “fringe benefits” to include pensions in their successful bill.

Martinez, however, doesn’t chide Attorney General Hector Balderas, a fellow Democrat and former member of the state House, for not going after Duran’s pension in the plea deal. He praises Balderas’ ability to avoid a drawn-out prosecution and force Duran to resign relatively quickly—under two months—since originally filing the charges.

“By the time things cool, I think we will all agree it was a fair deal,” Martinez said. “The facts that we avoided uncertainty in government and an impeachment process are good things.”

Of Balderas’ 64 criminal counts filed against Duran in late August, the oldest is from her 2010 campaign for Secretary of State. Hypothetically, this means that under existing state law prosecutors would be limited in pursuing forfeiture of her pension for only the past five years. Duran has worked 36 years total in local and state government.

Martinez argued that the existing anti-corruption served its purpose in Duran’s case by being a part of the “calculus” that led to Duran’s guilty plea and resignation from office.

‘It was used in the prosecution, in my opinion, because obviously it was part of the negotiation,” he said.

C.J. McElhinney, a Las Cruces defense attorney who recently wrote an op-ed in NMPolitics.net in support of the plea deal, argued that taking away Duran’s full pension would not be fair.

“She’s 60 years old,” he said to NM Political Report earlier this week. “If she worked hard and paid into her pension all those years, I don’t think that’s fair to her.”

McElhinney said that in his experience tougher penalties don’t stop people from committing the crimes. In most cases, he said, the perpetrator is not thinking about the consequences. In Duran’s case, he said it looks like a gambling addiction played a role in her behavior, and that he wouldn’t be surprised if drugs and alcohol did as well.

In many cases outlined in Balderas’ 64 charges, Duran dipped into her campaign money to put her depleted personal bank account in the black. The charges cite that Duran withdrew hundreds of thousands of dollars from this bank account at New Mexico casinos.

“If you owe money and you think, ‘All I gotta do is bet on black,’ and you’re more in the hole afterwards, I don’t know if increasing punishment would have changed that behavior,” McElhinney said.

Regardless, the Attorney General’s Office told the Albuquerque Journal this week that it will be pushing for tougher anti-corruption laws and blamed the weakness of the current law for part of the leniency in Duran’s plea deal.

The Office cites that the existing law doesn’t specifically mention pensions or retirement benefits or a clear connection between a crime committed and using money from the offender’s pension as a fine.

“The public was misled that lawmakers had passed an aggressive statute intended to properly take away pensions from corrupt officials, yet the inadequate current law doesn’t even mention the word pension and would result in costly litigation for taxpayers,” Attorney General spokesman James Hallinan said in a statement. “Judges and prosecutors need the proper tools to withhold a state pension and we are requesting that the legislature immediately create an effective criminal pension forfeiture statute for corrupt public officials.”

According to terms of the deal, Duran will also serve five years probation, seek “professional help”—following her guilty plea she would not specify if this means gambling addiction therapy—and pay $14,000 in restitution.