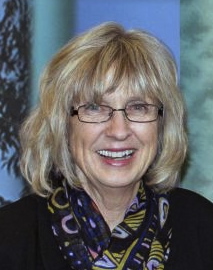 Dede Feldman is an author and former state senator.

Is consistency the bane of small minds? Or is the lack thereof a sure sign of hypocrisy?

It’s a question that came to mind as I recalled the many bills to enhance penalties for public officials introduced into the legislature in the later days of the Bill Richardson administration. Starting in 2009, in the wake of several investment scandals, Republican senators in particular introduced a number of bills to that effect, which most of us voted for.

How could we not? If we didn’t vote yes we’d appear to soft on our fellow public officials, or maybe ourselves.

Still, a number of senators, fearing perhaps that the good would be thrown out with the bad, dared to vote in the negative.

Sen. Dianna Duran was not among them.

In 2009, Duran voted twice to enhance felony sentences for public officials when a court finds that “the felony conviction relates to, arises out of or is in connection with the offender’s holding of an elected office.” Her votes were cast on SB 141, sponsored by Sen. Bill Payne. She voted for the bill first in the Senate Rules Committee and then again on the floor of the Senate. The bill would have allowed the judge “to increase the basic sentence by an additional fine not to exceed the value of the salary and fringe benefits paid to the offender by virtue of holding an elected public office after the commission of the first act that was a basis for the felony conviction.”

SB 141 passed the Senate but not the House that year. But it was the precursor to a bill, also sponsored by Sen. Payne, SB 197, that did pass in 2012. That law has been a point of discussion in the plea deal struck between the Attorney General and former Secretary of State Duran. The bill largely mirrors the first one, allowing enhanced penalties to include a fine equal to the public official’s salary and fringe benefit.

The Attorney General currently contends that he could not enhance the penalty by depriving Duran of her pension. The law was too vague for that, he’s said, and he’s asking the Legislature to tighten it up.

But Dianna Duran voted for it. I can’t get that out of my head.

Maybe I could, if she hadn’t spoken out so boldly after her court appearance in defense of the integrity she brought to the office.

If she hadn’t been so hard nosed on alleged voter fraud—which later turned out to be minimal.

If she hadn’t ignored her own guilty plea, and said that she—like all other public officials who do a good job—deserves a pension.

Denial is a powerful force—for both the denier and the denied. Like Duran, public officials in New Mexico have denied that we have a corruption problem in this state in the face of repeated scandals, convictions, impeachment committees, even jail time for high officials.

Yes, they might give lip service to enhanced penalties—unless it applies to them. But when it comes to enforcement, to an ethics commission, to adequate funding for a good reporting system, to transparency laws with teeth, most of them are nowhere to be found.

There’s a tie that binds former legislators, and I am loath to criticize someone with whom I served 12 years. That’s a lot of long nights, a lot of long days, a lot of water under the bridge. Often we voted apart, but sometimes we voted together, laughed together, cried together. That’s the nature of the New Mexico Senate.

Anyone can make mistakes, I know. But usually they apologize and take responsibility for their actions. Yet I have heard no apology from Dianna Duran, no statement of regret for the public trust she has shattered, or the impression she has left that public officials are arrogant, hypocritical and entitled.

I know that’s not the case.  But, Dianna, who’s going to believe it if you don’t do the right thing and at least apologize for doing the wrong one? It’s not too late.

Dede Feldman represented Albuquerque’s North Valley in the state senate from 1997-2012.  She is the author of Inside the New Mexico Senate: Boots, Suits and Citizens, published by UNM Press last year.