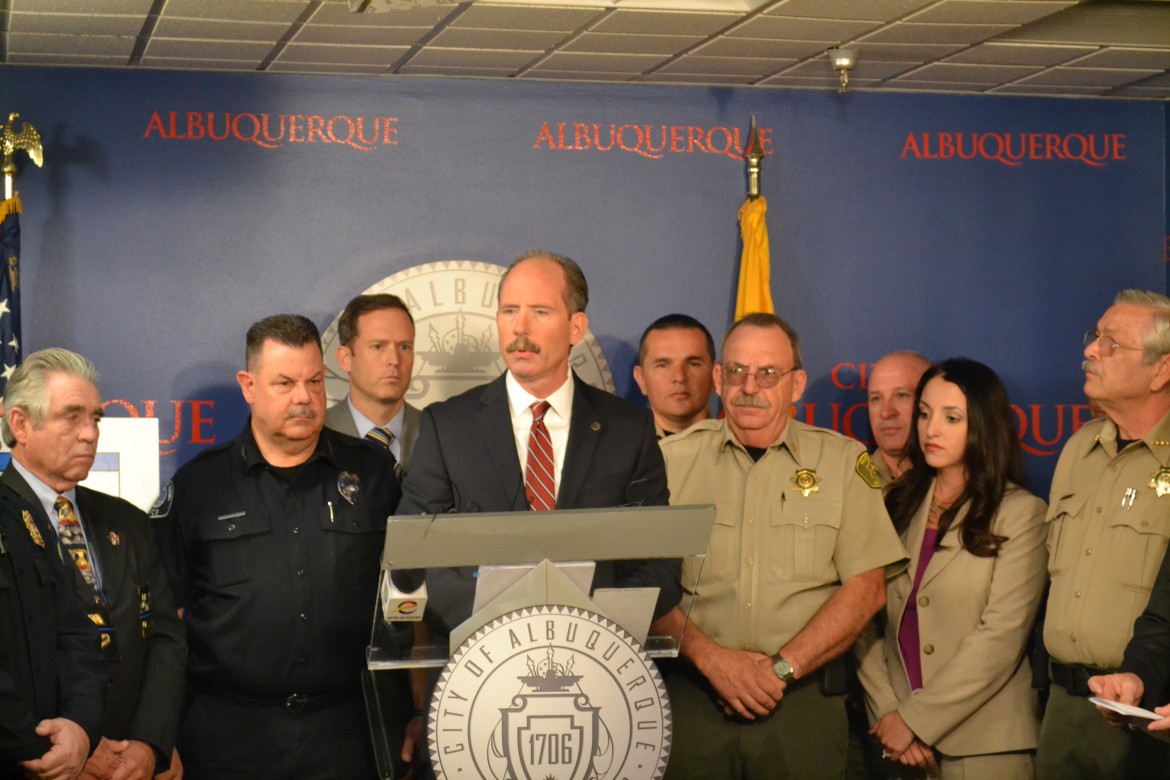 There was more political finger pointing in Albuquerque on Thursday regarding recent shootings and killings in the city, giving a possible preview of the next legislative session.

Both Democrats and Republicans held press conferences outlining their proposed solutions to increased crime in the city.

Albuquerque Mayor Richard Berry has previously said he would ask state lawmakers to revamp laws in order to better protect both citizens and law enforcement in Albuquerque. On Thursday afternoon Berry was joined by House Republicans as well as a group of police officers representing various parts of the state when he again announced that he would push for changes to the law.

Berry said he promised citizens and officers he would “push hard for reform.”

About an hour later, Senate Democrats gathered across the street from the mayor’s office and said it is Berry himself that is making the issue political.

Senate Majority Whip Michael Padilla, D-Albuquerque, said he was disappointed in Berry’s solution to violent crime in the city.

“Instead of seeking solutions, this mayor has decided to politicize the recent tragedies we’ve had here in our city,” Padilla said. “And that’s completely unacceptable.”

Republican members of the House who appeared with Berry reiterated the same message of change as the mayor.

House Majority Leader Nate Gentry, R-Albuquerque, said there has been a recent pattern of violence in Albuquerque against police officers.

“It’s time for the Legislature to act and put an end to that pattern,” Gentry said.

Rep. Paul Pacheco, R-Albuquerque, who is a retired police officer, said he too has seen an increase in violence against police officers. He said violent criminals are often repeat offenders.

“We seem to be recycling the same violent offenders,” Pacheco said.

Pacheco also said he plans on introducing a bill that would implement mandatory minimum sentences for certain violent crimes.

Berry, himself a former state Representative, said he would like to see reforms that both sides of the aisle can agree on.

While the group of senators criticized Berry for shifting responsibility to the Legislature, they also said they are committed to add funding to the court system and increase drug and mental health programs.

One proposal that both Democrats and Republicans addressed was a possible constitutional amendment to give judges discretion to deny bail. Gentry said he is proposing a similar bill as Sen. Peter Wirth, D-Santa Fe, that would allow judges to deny bail for some offenders who could be dangers to others.

The upcoming legislative session will only last 30 days and will be focused on budget issues. Gov. Susana Martinez would have to approve any issues before that are discussed by lawmakers.