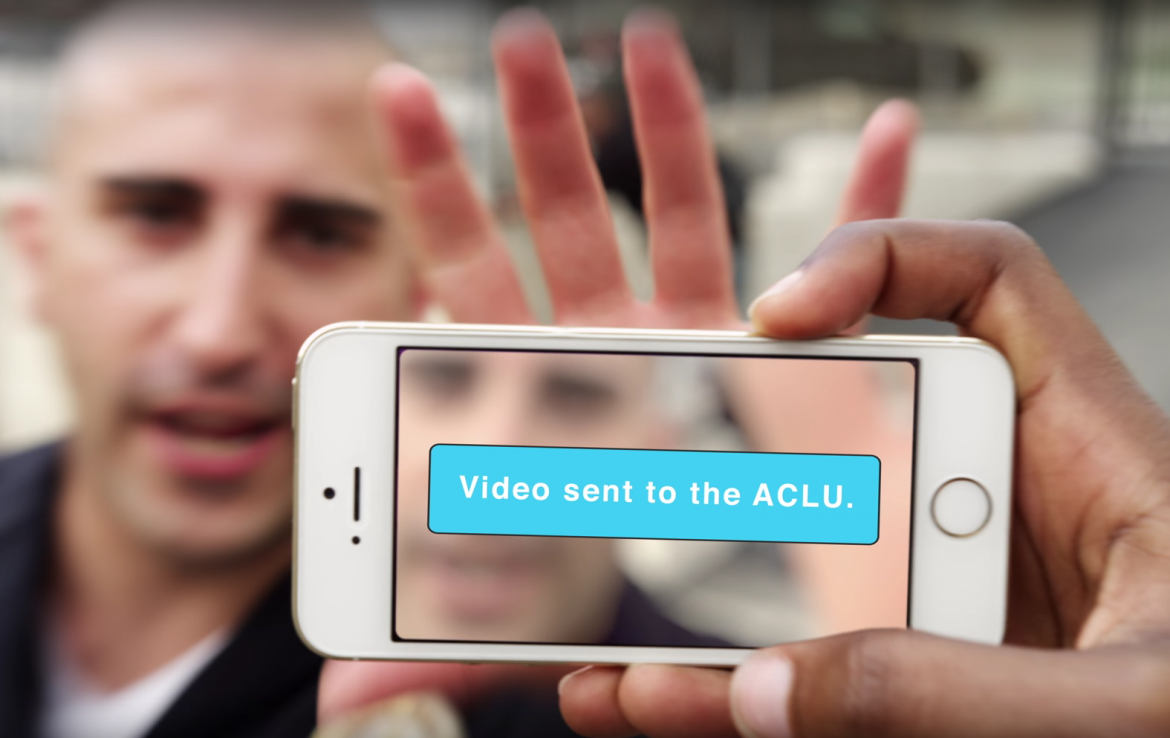 The New Mexico chapter of the American Civil Liberties Union launched an app on Friday that will store bystander cell phone videos of local police incidents.

ACLU-NM Executive Director Peter Simonson described the Mobile Justice App’s purpose as empowering citizens “to hold our local law enforcement accountable when they have encounters with the public.” He added that technology is allowing the public to hold police use of excessive force more accountable than ever before, mentioning the widely publicized deaths of Eric Garner, Walter Scott and Anastasio Hernandez Rojas.

“It’s not something that’s new when it comes to police practices,” Simonson said. “But it seems to have been getting ever more scrutiny as video technology makes it more possible for the public to see exactly how police interact with the public.”

APD, of course, is in the middle of instituting reforms following a consent decree with the U.S. Department of Justice following the federal agency’s scathing report that APD repeatedly practiced excessive use of force.

The app, which can be freely downloaded on smartphones, allows cell phone videos to be stored directly in an ACLU database. Micah McCoy, an ACLU spokesman, said that the app would salvage cell phone videos that cops delete from seized phones, as happened in an infamous 2014 DWI incident involving Albuquerque police officer Pablo Padilla.

Bystanders are protected by the First Amendment to film police events as long as they don’t interfere with police activity.

Once videos are stored, the ACLU reviews them to make sure police officers aren’t overstepping their authority.

McCoy said the ACLU hasn’t yet established a review policy.

“Depending on what the backlog and workload is, it’s hard to say,” he said. “I imagine we’ll implement some sort of weekly review of what comes in.”

Videos accompanied with written bystander reports—another feature of the app—will take first priority for review. All written reports will be subject to attorney-client privilege and stay private, McCoy said. But the ACLU will have the right to share all videos with the public, unless the person who shot the video requests otherwise.

The app also notifies users when someone nearby is using the app to record a police incident.

New Mexico is now one of 17 states, as well as Washington D.C., that have a Mobile Justice App. Each app will only work in their respective states.

The New Mexico app, for example, will only store videos shot in New Mexico. The app uses GPS technology to determine where videos are being filmed.

“Accountability goes both ways,” he said. “Documenting an incident from another angle could just as easily back up an officer’s claim of how an incident occurred or even exonerate an officer against false accusations.”