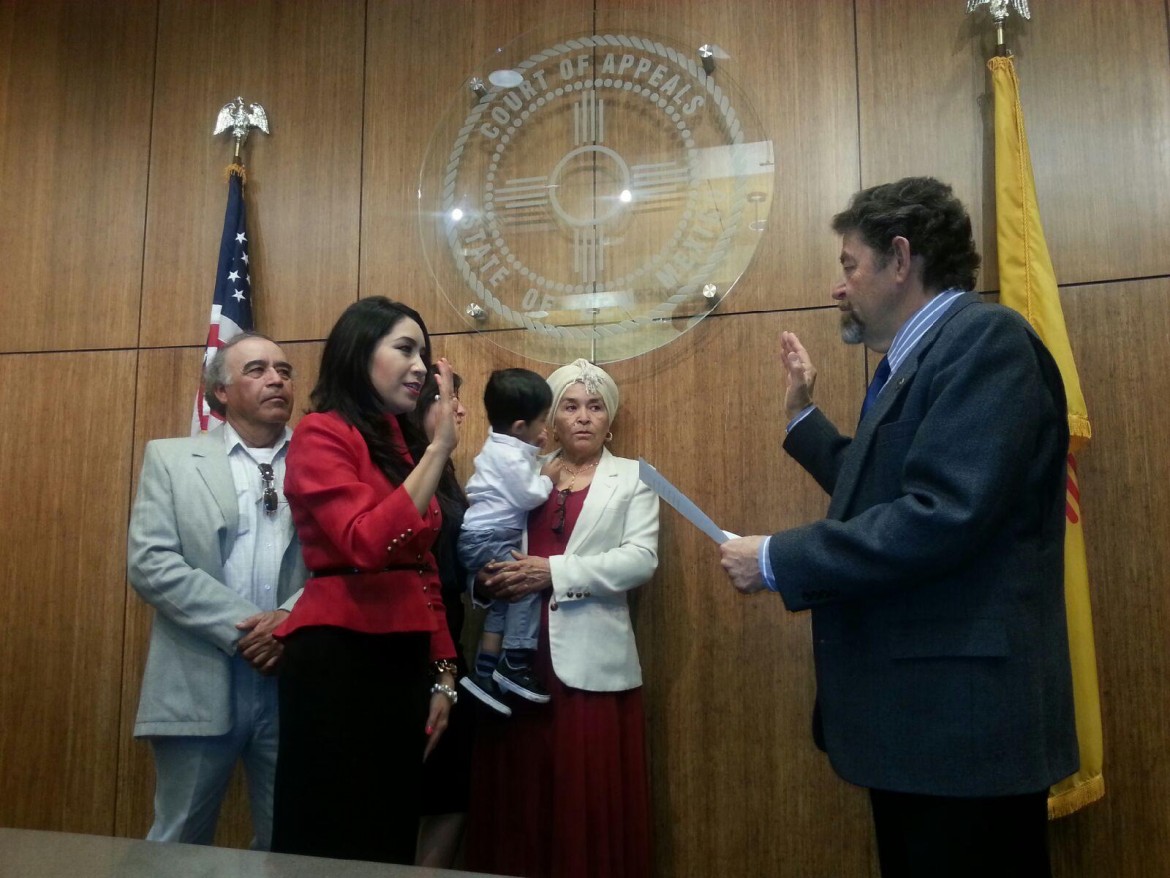 The New Mexico House of Representatives again has 70 members after an appointee was sworn in Wednesday, according to the House Democratic caucus.

Idalia Lechuga-Tena was sworn in by Court of Appeals Judge Michael D. Bustamante to fill the vacancy in House District 21. Lechuga-Tena replaces Stephanie Maez, who resigned earlier this month.

“I am humbled to have the opportunity to represent the neighborhood where I grew up as a member of the New Mexico House of Representatives,” Lechuga-Tena said in a statement. “I would also like to recognize all of the legislators who have served in this role for our district before me for their hard work and dedication.”

Since House District 21 is fully within Bernalillo County, the decision came down to just the five county commissioners. They voted 3-2 to appoint Lechuga-Tena to the position.

She will face voters next November.

The selection is not without controversy. Lechuga-Tena admitted before the vote that she had voted in 2003, before becoming a citizen. She said she was 18, but was 20 years old.

Still, after a nomination by Art De La Cruz, commissioners Wayne Johnson and Lonnie Talbert voted for her to fill the vacancy. Commissioners Debbie O’Malley and Maggie Hart Stebbins voted against the appointment.

Days later, the Bernalillo County Clerk asked the Second Judicial District Attorney to look into Lechuga-Tena’s votes before she became a citizen. The statute of limitations is up on any crime.

Some have also said that she does not actually live in the district. From our report before the Bernalillo County Commission vote:

As for those who say she does not live in the district, Lechuga-Tena admitted that she moved into House District 21 in order to run, but that she has always lived in the International District. The International District makes up part of House District 21. Lechuga-Tena said she still owns her previous house and intends to keep it in order to help care for her parents next door. She said the attention of her address is starting to take it’s toll.

The house she owns next door to her parents is in House District 19.

Lechuga-Tena said that she has already spoken to community leaders and legislative staff in preparation for the legislative session that is just two months away.

“I am committed to working hard and listening to the voices and needs of the families in our community while moving New Mexico forward,” she said. “Our families need a more secure economy that works for every New Mexican, not just the wealthy few.”

Maez resigned from the position to focus on the trial her son faces in a high profile murder case. Maez herself was a replacement to a vacancy last year, after then-Rep. Mimi Stewart was appointed to the Senate.

Correction: The story originally said Lechuga-Tena was sworn in on Thursday, when it was actually Wednesday. This was just a case of wishful thinking by the author thinking the weekend was closer than it actually is.