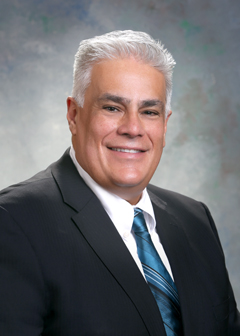 Former Speaker of the House Ken Martinez will not run for reelection in 2016 after taking a position with Bernalillo County on Friday.

While Martinez will leave the Legislature, he will not exactly be retiring.

The Bernalillo County Commission voted to offer Martinez the job of county attorney, which he accepted. Martinez, however, will not resign, which means Gov. Susana Martinez will not be able to pick a replacement ahead of this year’s legislative session.

“After much prayer, consideration, and family consultation—especially with my granddaughter—I have decided not to run for reelection to another term of service in the New Mexico House of Representatives,” Martinez said in a statement on Friday. “I couldn’t be prouder of the opportunity I’ve had to serve the people of New Mexico alongside my dear friends in the House Democratic Caucus.”

Bernalillo County commissioners unanimously selected Martinez for the position. Commissioner Wayne Johnson, a Republican, said according to the Albuquerque Journal that it is “non-negotiable” that Martinez step down after his term ends at the end of 2016.

Martinez will be working as county attorney while serving in his final legislative session in 2016, a thirty-day session.

Other legislators in the past have worked for jobs in counties while serving in the Roundhouse.

No contract details have been decided yet. Martinez’s predecessor, Randy Autio, made an annual salary of $150,000 per year.

Martinez is a veteran legislator, having served in the state House since 1999. Martinez was Speaker of the House in 2013 and 2014, after the death of Ben Lujan and before House Republicans took over control of the chamber and Don Tripp, R-Socorro, became Speaker of the House.

Martinez is the second Democratic legislature to announce he will be retiring from the Legislature after next year; previously Luciano “Lucky” Varela of Santa Fe said he would not be seeking reelection.

Rep. Jeff Steinborn, D-Las Cruces, also said he would not run for reelection, but instead will be running for the state Senate.

While there will be a fierce battle between Democrats and Republicans for control of the House, Martinez’s seat likely won’t be one of those that is contested. Democrats are likely to retain the seat.