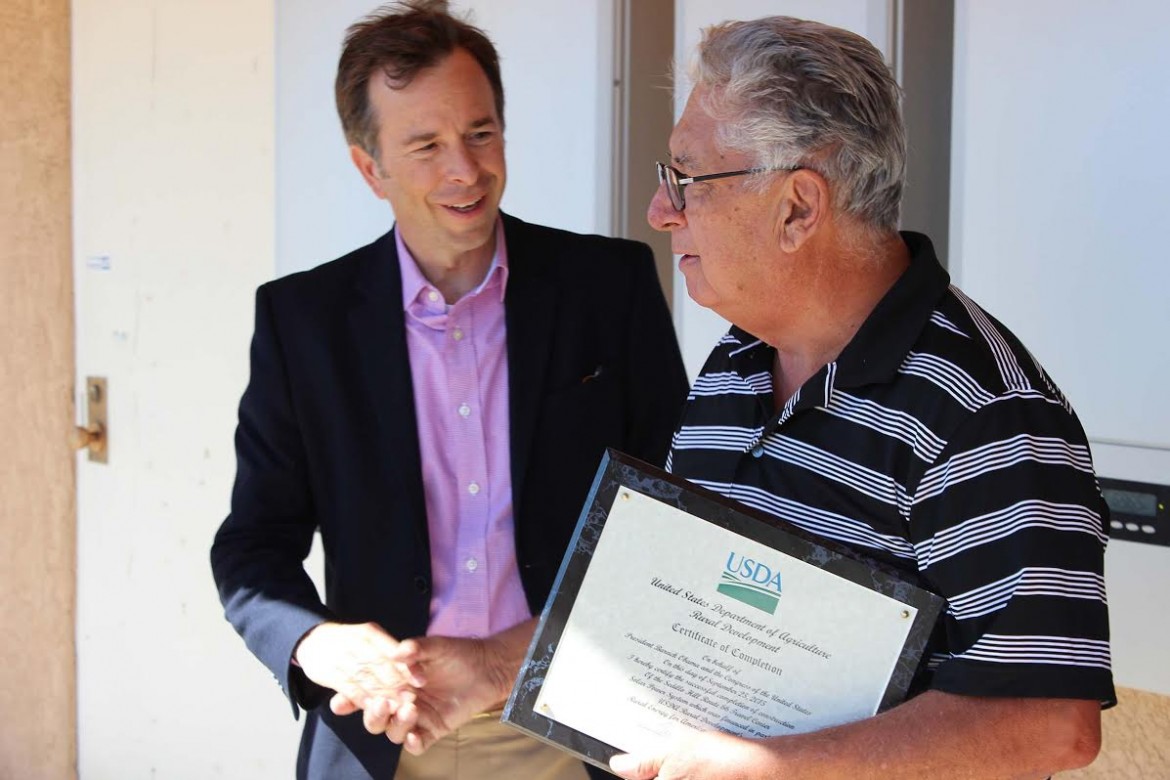 Terry Brunner is the State Director for USDA Rural Development in New Mexico. He serves in that position as an appointee of President Barack Obama.

During the last seven years, we’ve heard from a veritable plethora of experts as to how best help New Mexico recover from the recession.  Economic experts and economic development professionals have their place but don’t necessarily have a monopoly on ideas.  New Mexicans like you and your neighbors deserve an opportunity to have your say as well.

There is a growing movement in regions around the state of New Mexico to help citizens take control of their local economies.  USDA Rural Development has helped establish an avenue for these efforts through our Stronger Economies Together (SET) program.

The SET program is a partnership between USDA, New Mexico State University and communities that choose to take control of economic issues in their region and make needed improvements.  Using a curriculum developed by NMSU, Utah State University and Mississippi State University; the SET program makes available to communities the latest economic data and tools to help them assess where their economy stands and what they can do to improve.  Five regions in the state have used or are using the SET program:  Southwest New Mexico, Northeast New Mexico, The Trail of the Ancients in Northwest New Mexico, the Northern Tribes of Picuris, San Ildefonso and Nambe, South Central NM, and the region of Lincoln, Otero Counties and the Mescalero Apache Tribe.

There are several unique aspects to the SET program.  First, communities are asked to plan as a region and include their neighboring towns.  Traditionally, many communities plan only for themselves. However, when you eliminate the restrictions of jurisdictional borders and encourage citizens to engage with their regional neighbors the discussion broadens into solutions and possibilities for a regional economy. Second, the USDA and NMSU in no way influence the community’s deliberations and ideas surrounding their economy.  The “experts” and their opinions are left out, so to speak, and the community is free to take its own path. This promotes community buy-in and, I believe, the likelihood for success.

Finally, what makes the SET program unique is that everyone is invited to attend.  Whereas many economic development discussions are between politicians or business people, the SET program gives everyone a seat at the table to share input about their community’s economic future.  It’s an empowering process that has begun to reap results.

The Northeast NM Economic Development District employed the SET program to develop a strategic action plan for their region focused on sustainability, tourism, public services, housing, infrastructure development and other areas.  In Shiprock, NM the SET program helped support their vibrant farm to school program. That initiative gives farmers the opportunity to sell produce to the public schools and allows kids to access that nutritious produce in their school meals.

I can attest to seeing first hand that communities are hungry for these efforts.  I was in Socorro, NM last month for the kick off of our SET program for Otero, Sierra, Socorro, Valencia and Catron Counties.  On that Tuesday morning, more than 60 people attended from a variety of communities. The night before in Ruidoso, NM we kicked off training sessions for Lincoln and Otero Counties and 125 people attended.

The enthusiastic participation in these two recent meetings told me that people are ready to rise up and take control of their destinies.  We can still work with great economic theories, new ideas and attracting the next Intel plant.  But in the meantime, we need to involve and to support our regions, communities and neighborhoods as they work to lift themselves up and plan their futures.