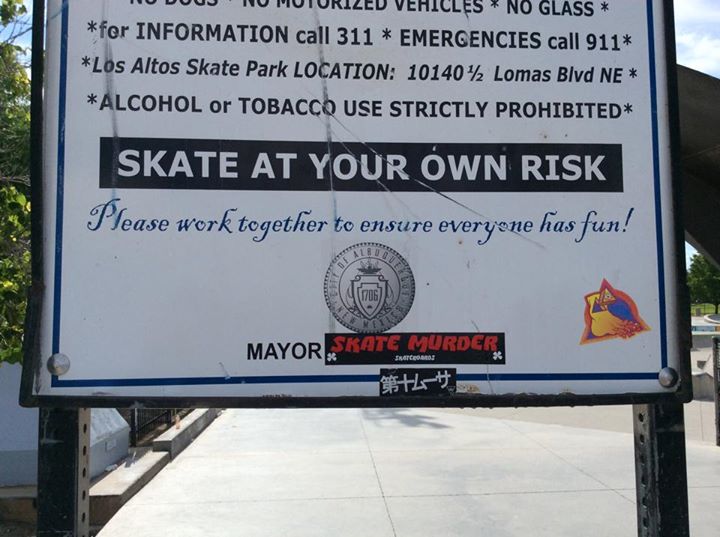 A lawsuit seeking records related to a March 22 shooting in Albuquerque that left one dead and several others injured won’t be resolved for at least another week and a half.

However, the day-long trial Friday shed light on the city’s approach to investigating and disclosing to the public what happened that night.

Attorneys for both sides now have 10 days to submit their closing arguments in writing. Then District Judge Victor Lopez will make a ruling.

The shooting, which left 17-year-old Jaquise Lewis dead and six others wounded, occurred at Los Altos Skate Park. Lewis’ mother, Munah Green, is suing the city for public records violations following a May press conference where an Albuquerque Police Department spokesman said her son was killed in self defense.

The city hasn’t filed any charges against or released the name of the man who killed Lewis and to date won’t release an obtained cell phone video of the incident. Friends of Lewis who witnessed the shooting have since come forward and said Lewis didn’t have a gun that night and was killed as he was fleeing. Lewis’ autopsy shows he died from two gunshot wounds from the back.

On April 10, Assed filed a records request on behalf of Green to APD for all documents relevant to the shooting and the subsequent investigation.

To date, the city has withheld most of the records, including the sought-after cell phone video. The video is also in custody of Albuquerque District Attorney Kari Brandenburg, who is waiting for APD to turn over all documents related to the shooting to review the investigation.

During trial, the city made clear it’s philosophy when it comes to public records—they can’t be released when any investigation is ongoing.

APD records custodian Javier Urban, for instance, testified that he had no authority above the city attorney’s office or APD to determine what records can be released to the public. When attorney Ahmad Assed, who’s representing Green, asked Urban whether he understood and was comfortable with his role as a public records custodian, Urban answered yes.

“Do you believe that you have discretion or not to, for example, disagree with city legal?” Assed asked.

“No,” Urban replied. “I usually consult with city legal.”

“Do you have discretion to disagree as the records custodian?” Assed asked again.

“Do you have the discretion to disagree with [APD] Sgt. [Elizabeth] Thomson?” Assed asked.

“No,” Urban replied. “She’s very well doing her job, so, very understanding of all the cases, so if she says it’s an active investigation, I agree.”

“But do you have the power, for example, to disagree with [former assistant city attorney Hess] Yntema or Sgt. Thomson?” Assed asked.

After the trial, Assed told reporters he questioned the point of having a records custodian if they are only interpreting their roles as yes men.

“It’s basically a fictitious setup to where this custodian really has nothing to do with any decision-making process,” Assed said. “He’s really told send or no-send. Doesn’t even question it.”

Two APD officers who testified repeated that any public release of the cell phone video would jeopardize their ongoing investigation of the shooting several times on Friday.

“It’s still an active case,” Det. Tara Juarez, who is handling the investigation, said in testimony. “We don’t release information until a case is closed.”

This came despite the city releasing the names of officers who were dispatched to the scene of the shooting the day before trial to Assed. The names were part of Assed’s original records request that was denied in June—an inconsistency he emphasized in court.

“Is he wrong?” Assed asked.

“I can tell you that my investigation is not over,” Juarez said.

She added that the last time she worked on the investigation was four weeks ago and that it was coming along. Still, Juarez said she hasn’t been able to identify or speak with many of the people who witnessed the scene.

When asked by Assed, Juarez said that viewing the video could influence future interviews with witnesses.

Juarez said that after APD released public still photos from the video, a witnesses changed her description of one of the shooters to someone who was in one of the pictures who in fact did not shoot.

Assed stressed many times that a video is still more reliable than testimony.

“At the end of the day you still have the video that’s the best source of evidence for who shot who,” he said.

It’s a point neither side ever agreed on.

During a lunch recess, Judge Lopez viewed the cell phone video in camera, or behind closed doors, without anyone else. He later commented during trial that the video was “very fuzzy” and that the publicly released still photos were the clearest images from the video.

Lopez will ultimately decide whether the public gets to see the video.