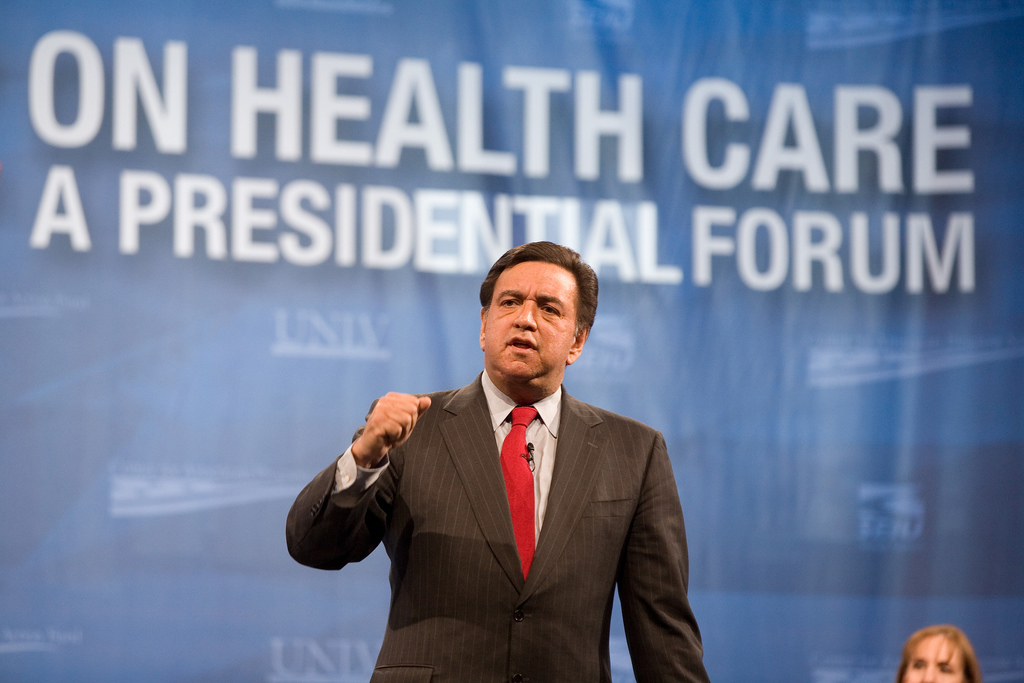 Richardson, speaking to the public radio network’s Weekend Edition on Saturday, said he believed there are “a lot of Southerners, Midwesterners that I believe we can bring into the Democratic Party.”

“Somehow the centrist white male, the conservative white male that used to vote Democratic from the South and the Midwest is eluding us,” Richardson told NPR host Sam Simon. “And we’ve got to get that base back or get some portion of the base because they’re leaving us in droves.”

The comments come at a time where Republicans are grappling with a long-term loss of Hispanic voters which are an increasingly large group of voting-age population, albeit one that does not have a track record of voting.

New Mexico has the highest percentage of Hispanics of any state.

Richardson cited Democrats losing control of both chambers of Congress and that Republicans now control a majority of governors’ offices and state Legislatures.

“It’s a whole range of offices where we’re not competing because we – we need a stronger, compelling economic message,” he said. “And somehow, that seems to be eluding us if you look at recent elections, especially in the South and the Midwest.”

Richardson, who endorsed Hillary Clinton earlier this year and made up with the Clintons after years of acrimony, said that Virginia Senator Mark Warner’s talk about technology jobs could help.

And, of course, he cited Bill and Hillary Clinton.

“I believe Hillary Clinton, right now, is the one strongest, not just because she’s a presidential candidate but she’s saying this as a Democrat,” Richardson said. “We have to bring back those white male Democrats that Bill Clinton – President Bill Clinton – used to attract when he was running and was re-elected twice.”