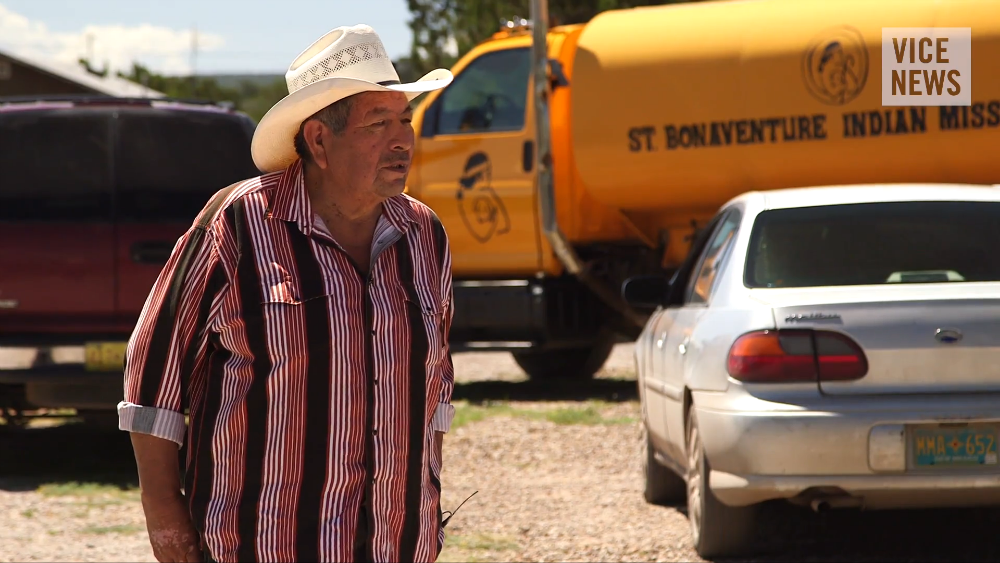 Ben Lewis, a resident of the Navajo Nation. Screenshot from Vice News video.

A short-form documentary from Navajo Nation highlighted the problem with lack of clean water for many residents.

Ben Lewis, a resident of the Navajo Nation. Screenshot from Vice News video.

As a whole, 99 percent of Americans have access to clean running water.

Reporter Neha Shastry spoke to residents as well as George McGraw, the founder of DIGDEEP Water. The non-profit seeks access to clean water for those in underdeveloped parts of the world—the project on the Navajo Nation was the first in the United States for the non-profit.

The problem with contaminated water can be traced back to uranium mining, decades ago. Many wells are contaminated and not safe for consumption, which means many residents must travel miles to get water for their homes.

The cost of infrastructure to get running water to every resident is estimated to be in the billions of dollars.