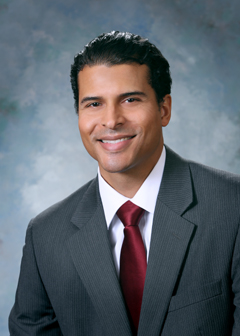 Conrad James, an Albuquerque Republican in his second term in the state House of Representatives, announced Wednesday on Facebook that he would not seek reelection next year.

“Friends – I want to thank each and every one of you for the support you have provided me during my two terms as the New Mexico State Representative for District 24, and I am deeply honored to have served in this role,” James wrote. “But it is time for me to move on, so I will not be running for re-election next year.”

James did not elaborate on what “moving on” may entail. NM Political Report left a voicemail with James Wednesday morning and will update this post if he responds.

James has been mentioned as a possible candidate for higher office. He lives in the state Senate district currently represented by Sen. Lisa Torraco, another Republican, who said she will run for reelection.

James, an engineer at Sandia National Laboratories, was first elected to the House in 2010, representing a district covering part of the city’s Northeast Heights. He served through 2012 but was defeated that year by Democrat Elizabeth “Liz” Thomson, who won that election by less than 300 votes. James beat Thomson in a rematch for the seat last year, but it proved another close matchup as he won by less than 400 votes.

After losing in 2012, James was appointed to the University of New Mexico Board of Regents by Gov. Susana Martinez. James stepped down from that position after winning election again in 2014.

Thomson is running to reclaim the House seat in 2016. It’s now unclear who her Republican opponent will be.

Though James isn’t running to keep his seat, he’ll still be representing it next January for the upcoming state Legislative session.

“We’ve accomplished much together as a public servant-constituent team, from expanding voter access with vote centers to creating jobs by simplifying the tax code for businesses,” James wrote in his Facebook post. “The upcoming legislative session will be another opportunity for us to partner together to move New Mexico forward, and I will continue to work hard for District 24 until my term is finished at the end of 2016. Thank you again, and God bless.”

Update: Lisa Torraco told the Santa Fe New Mexican that she will run again in 2016. We added this information.