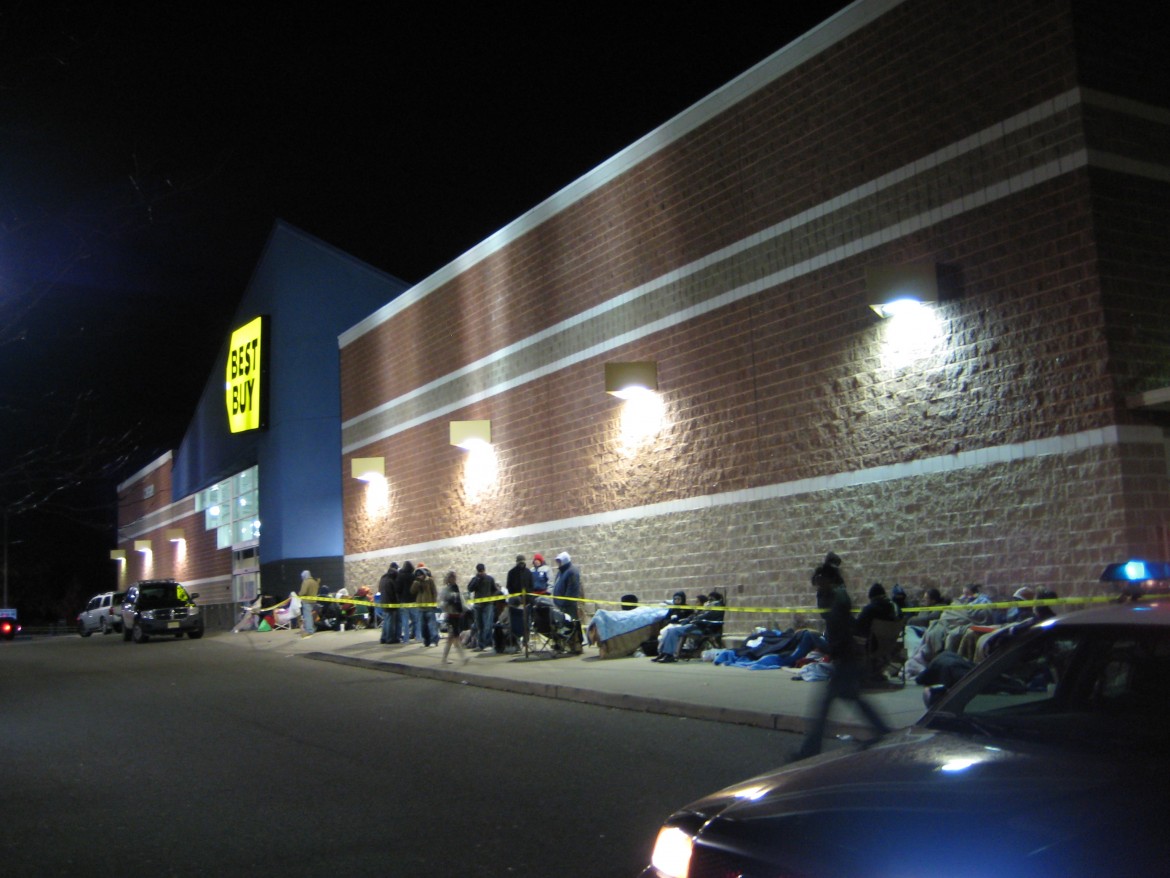 Black Friday has become an annual shopping tradition for many, with people waiting in line for hours—or even overnight—to get deals. Annual videos of stampeding customers seeking low prices have become an annual sight.

At least one locally-owned store in Albuquerque is gearing up for a different tradition—shutting its doors on Black Friday.

Nan Morningstar, owner of Free Radicals clothing store in Albuquerque, recently received national attention for closing her business on one of the biggest shopping days of the year.

Morningstar owns the store with her husband and told NM Political Report closing on Friday goes beyond taking a vacation. With no employees, Morningstar admits, “ I would like to have the day off,” but that she is ultimately trying to show her customers that they can make a difference when it comes to national shopping trends.

“It’s a great opportunity to show people how to vote with your dollar,” Morningstar said.

For many chains, the trend has gone in the opposite direction. Some are opening on Thanksgiving.

Indeed, some national chain stores are getting the message. CostCo, Home Depot and Nordstrom have refused to open on Thanksgiving.

REI received national attention for announcing they would be closed on Black Friday.. The REI CEO recently announced that the company will even stop taking online orders on Thanksgiving, something Morningstar also does.

“You cannot give us money on those days,” Morningstar insisted.

The New York Times reported that the tradition of sales after Thanksgiving dates back to the Franklin D. Roosevelt administration, but is starting to see a decrease in shoppers. While the internet has had a hand in shifting how people shop, Morningstar said she has seen more aware consumers.

“The consumer has had a huge hand in the backlash,” Morningstar said.

While some may point to a decrease in Black Friday numbers, others say it’s hard to say how many people will actually take part.

For her part, Morningstar said she will stay at home with her husband, who shares her interest in working on cars. She said they both have a natural urge to stay busy, just not selling clothes.

“We’ll definitely be tinkering with something,” Morningstar said.

Also, Morningstar said, Free Radicals will be open on Saturday, which is known as Small Business Saturday and is promoted as an alternative to Black Friday. It is supposed to aid small, local businesses like Morningstar’s.