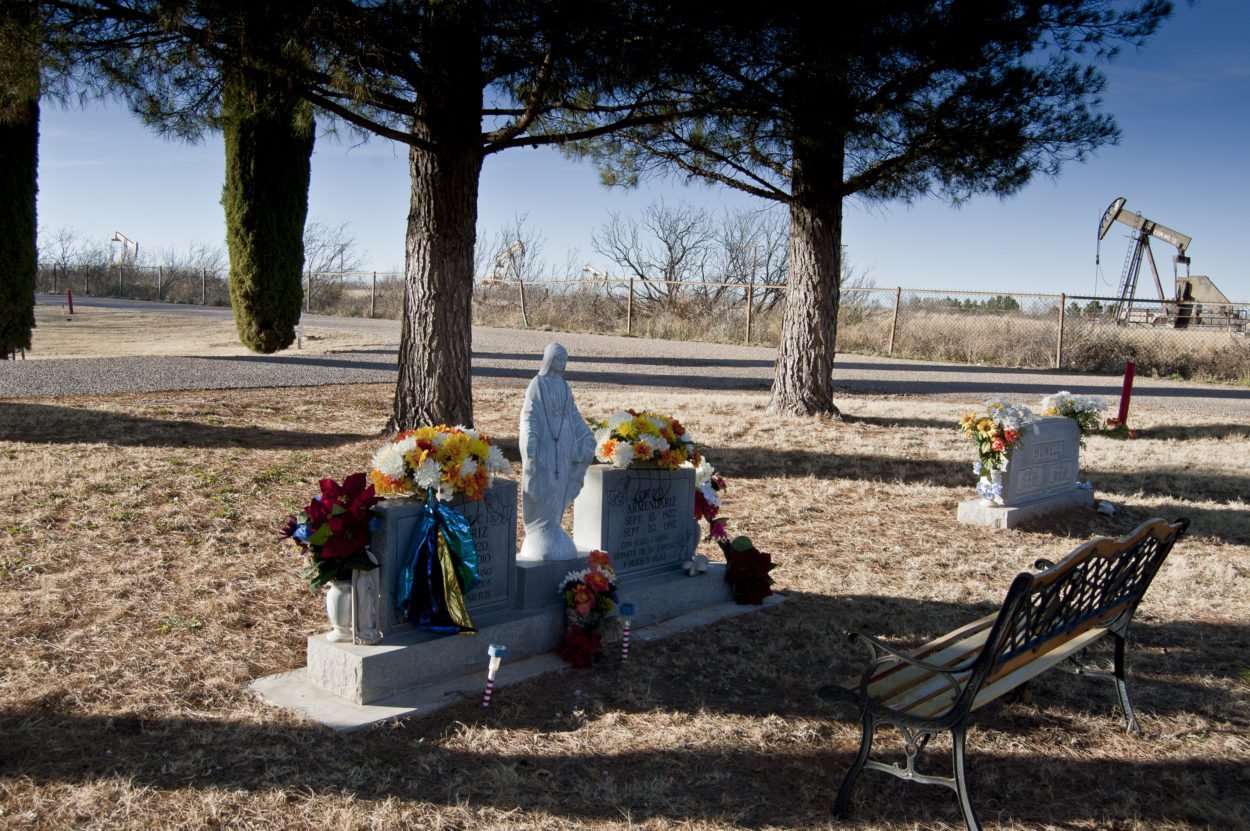 Oil pumps behind a cemetery in New Mexico's oil patch.

January 2015 was the first month of NM Political Report and our site launched on January 7 with three writers: Margaret Wright as senior reporter, Andy Lyman as a reporter and myself as editor.

The month was jam-packed.

Note: Each weekday from here through December 22, we will be looking back at the top stories from each month here at NM Political Report. These could be the most-read stories, some interesting stories that didn’t get much attention or just plain important stories.

Wright had a two-part series on an oft-ignored part of the state despite its economic importance: the oil patch in southeastern New Mexico, the first major stories in the site’s history. The first story looked at the “double-edged sword” of the population boom and the second looked specifically at how housing and road infrastructure didn’t keep up with the increased population.

While the new Agriculture, Water and Wildlife Committee largely went smoothly despite criticism from Democrats that disparate subjects were lumped together, new procedures in the House Education Committee caused an argument between committee chair Nora Espinoza, R-Roswell, and House Minority Whip Sheryl Williams-Stapleton, D-Albuquerque. Oh, and a Holocaust reference and demands for more than just an apology. All in couple week’s work of a legislative session.

NM Political Report also took a look at life in a controversial tent city in Albuquerque. Throughout the year, those living in the tent city continued to move from location to location.

All in all, it was a very busy January; but most of the action—in the legislative session at least —was just a prelude for the coming months.