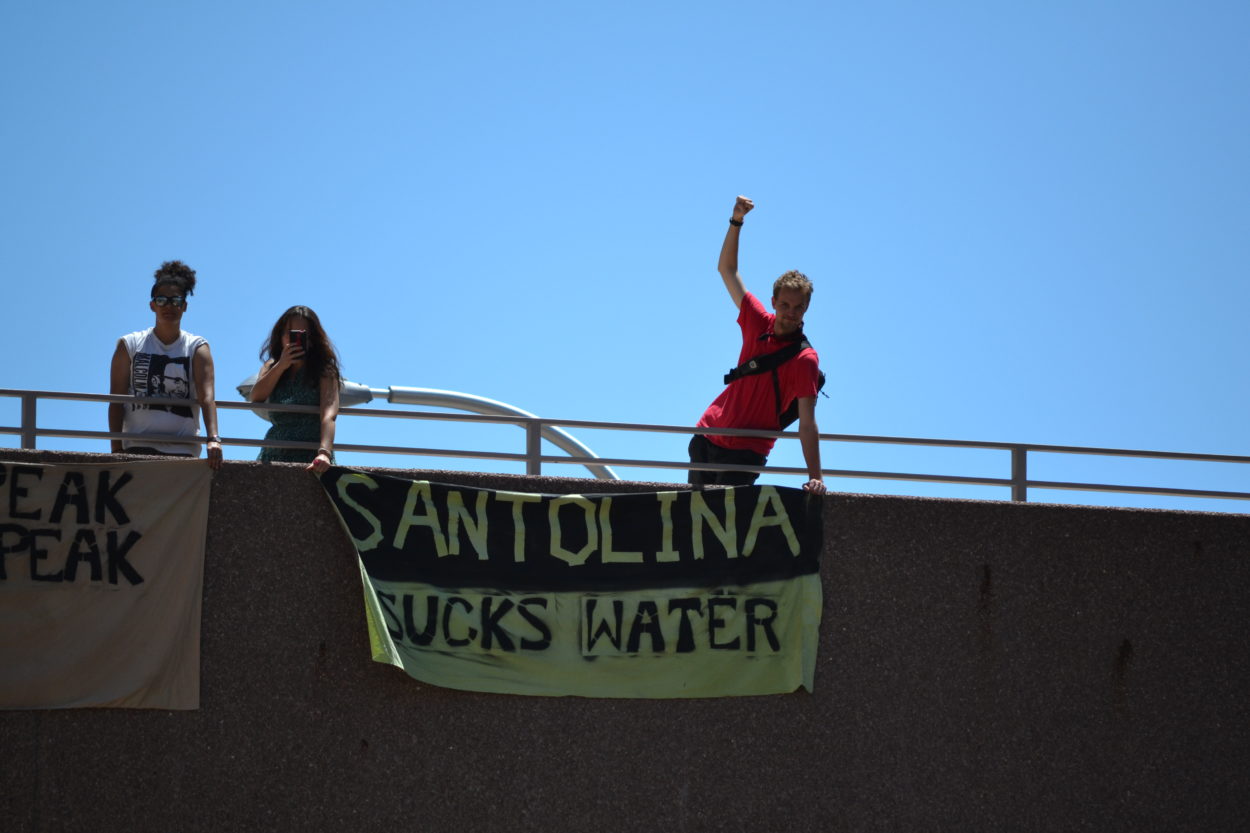 The legislative session ended, and NM Political Report was able to do more feature reporting, such as a look at the Santolina development on Albuquerque’s Westside (complete with a post of photos and a video discussing the controversial development). Later in the month, we looked at a bypass that was another piece in the Santolina puzzle while others looked at how tax money would go towards the development.

Note: Each weekday from here through December 22, we will be looking back at the top stories from each month here at NM Political Report. These could be the most-read stories, some interesting stories that didn’t get much attention or just plain important stories.

Some of the bigger news, which has perhaps been forgotten with more scandals in recent months, is State Auditor Tim Keller outlining “probable” violations of law by the Albuquerque Police Department and City of Albuquerque over a contract with TASER International. Later in the year, of course, Keller’s office talked about an investigation that kicked off the Taxation and Revenue Department scandal.

We also said goodbye to Margaret Wright and welcomed Joey Peters to the fold. Joey joined as senior reporter, while Margaret went to work for the Santa Fe New Mexican.

As the session ended, the drumbeat of a special session to pass a bill to appropriate capital outlay funding continued (with a tax package eventually got thrown into the mix). Senate Democrats and business groups pushed for the special session as early as April 1.

The civil asset forfeiture veto didn’t mean the end of the practice; cities said they could still seize cars from those arrested for DWIs before a conviction.

Ted Barela, meanwhile, became the newest state Senator. The Republican from Estancia was appointed to the position by Gov. Susana Martinez in early April, narrowing the Democratic advantage in the chamber run in some ways by a coalition of Republicans and conservative Democrats (though in other ways by just Democrats).

TV stations and others in the city voiced concerns about the Albuquerque Police Department using YouTube videos to make announcements instead of press releases. The city also faced heat over saying that personnel hearings are not subject to the state’s Open Meetings Act, which the New Mexico Foundation for Open Government objected to.

Also on the open government front, three open records unit members from APD were put on leave late in April.

Also following the session, and the inability to pass legislation to regulate ride-sharing services like Uber and Lyft, the Public Regulation Commission voted to impose their own regulations. The Attorney General later said in a letter that the regulations could be better.

U.S. Rep. Steve Pearce broke with some of his fellow conservative Republicans and said, no, there aren’t any ISIS camps right across the border.

Democrats in the state chose Deb Haaland as the new state party chair.