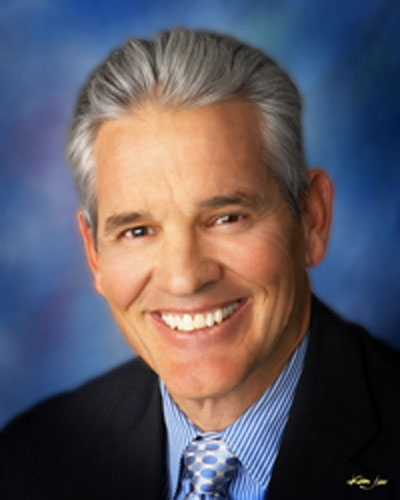 Newly appointed Secretary of State and veteran Albuquerque City Councilor Brad Winter is asking for a chance to pull double duty. If his constituency deems him unfit to hold both positions, he will resign as councilor, he said on Thursday.

“If I ever feel that I’m shortchanging either office, I will resign from city council,” Winter told NM Political Report.

After Gov. Susana Martinez appointed Winter to the office of Secretary of State earlier this week, some speculated that he would resign from his position as City Councilor. When Winter announced he would hold both positions, questions of whether he could handle both jobs started to circulate.

The announcement of Winter’s selection by Martinez said he would not seek reelection in 2016.

Chuck Anthony, one of Winter’s constituents who is a former journalist and a member Democratic Party of New Mexico Rules Committee* said he is not happy with his councilor’s track record and questions his ability to hold both jobs.

“If he does what he says what he is going to do, he’s going to have an earful and a plateful of things to do,” Anthony said.

Still, Winter said he plans on meeting with constituents to hear their concerns about his new position. He said he is also prepared to listen to criticism during public comments at next week’s Council meeting.

Winter said he plans on giving his full attention to both jobs and pointed out that, historically, City Councilors have held other jobs while they served.

“If you talk to other councilors they all have full time jobs,” Winter said.

Winter’s opponent in the last election, Israel Chavez, told NM Political Report that Winter is most likely breaking state law. Chavez said the state constitution requires that the Secretary of State reside in Santa Fe, while a City Councilor must reside in his or her district.

Winter, on the other hand, said his interpretation of the law is that the Secretary of State’s office is required to be in Santa Fe, not the office holder.

The state constitution states, “The officers of the executive department, except the lieutenant governor, shall during their terms of office, reside and keep the public records, books, papers and seals of office at the seat of government.”

If Winter resigns, Mayor Richard Berry would be able to appoint a replacement.

Winter’s selection came after Dianna Duran, who was elected to a second term as Secretary of State last November, resigned ahead of pleading guilty to six charges, including two felonies. Duran begins a 30-day jail sentence tomorrow.

Update: Added that Chuck Anthony is a member of the Democratic Party of New Mexico Rules Committee. Hat tip to reader Darren White.