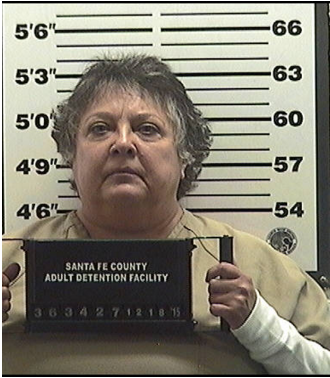 Former Secretary of State Dianna Duran turned herself in and began a 30-day jail sentence on Friday.

The sentence came after Duran pleaded guilty to six charges, including two felonies, related to moving campaign funds to personal accounts. Duran has said she is seeking treatment for a gambling addiction.

Duran resigned shortly before the guilty pleas earlier this year.

While immediately after the guilty pleas Duran spent more time talking about how she had a “tremendous” public career than showing remorse. That changed in her last court appearance, where she choked up and needed time to compose herself before reading a statement to the court.

Shortly after her guilty plea, we reported on what exactly Duran pleaded guilty to. The charges do not include stealing any public money—something Duran and her attorney repeatedly said—but did include embezzlement, money laundering and campaign finance violations.

After her time in jail, Duran will need to complete five years of supervised probation. For three of those years, Duran will be required to wear an ankle monitor. She will also need to complete 2,000 hours of community service and speak to public groups—including schools—four times a month.

A plea deal with the Attorney General’s office did not include any time in jail; Judge Glenn Ellington imposed the jail time when laying down the unusual sentence for the former Secretary of State.

Ellington gave her the chance to withdraw the plea since he imposed jail time, but Duran chose to accept the jail time rather than risk a trial.