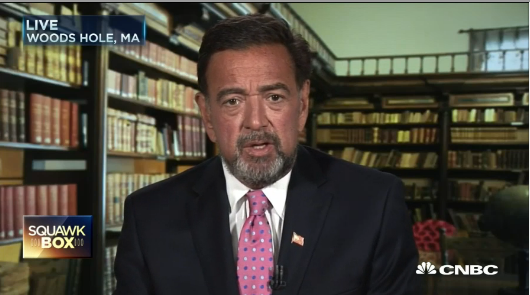 The city of Santa Fe has confirmed that former Gov. Bill Richardson was cited for failure to report an accident, though said there were few details.

City of Santa Fe spokesman Matt Ross said that it was his understanding that the accident took place this morning, but did not have the exact time.

KOB-TV was the first to report on the accident by the former governor.

The officer has not filed a police report yet and there will be more details when that happens.

According to Ross, the accident happened “in the vicinity of downtown Santa Fe” and the former governor was cited for following too closely and failure to report an accident.

A spokesman for Richardson in a statement called it “an honest mistake.”

“He has spoken to Santa Fe police, after what he believes was a minor tap on the bumper,” the statement reads. “After the tap, he looked around and did not see the aggrieved car.”

The spokesman added that Richardson will be contacting his insurance company.

This is, of course, not Richardson’s first time making the news for a moving violation.

Speeding SUVs down I-25 were a part of his legacy; as a former Albuquerque Tribune writer wrote  in Salon in 2005, “He (or, more accurately, his driver) has now been caught speeding in state vehicles so many times, by press and police, that he made a pledge this summer to travel the speed limit.”

Richardson made a number of TV appearances this morning, presumably from a studio in the State Capitol. Richardson, who has had dealings with North Korea in the past, discussed the apparent nuclear test by North Korea late Tuesday.

He said he did not believe it was a hydrogen bomb, as the North Korean government claimed.

Richardson served two terms as governor and was previously a member of Congress representing northern New Mexico. He also served as the United States Ambassador to the United Nations and the Secretary of Energy.

Richardson ran for President in 2008, but withdrew and eventually endorsed Barack Obama. A Secretary of Commerce post was offered and accepted, but Richardson withdrew his name from consideration because of FBI investigations into political spending.