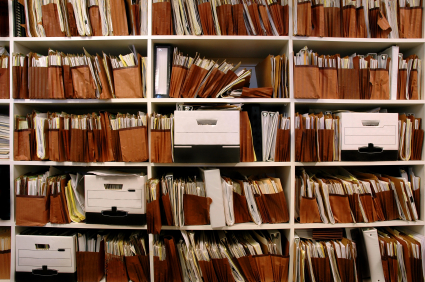 The whistleblower lawsuit, filed by former records custodian Reynaldo Chavez, alleges APD fired Chavez after he alerted his superiors to violations of New Mexico’s Inspection of Public Records Act. The suit names APD, the City of Albuquerque and a number of top officials as defendants.

According to suit, while Chavez fielded records requests for APD, he was instructed to delay the return of certain records and was later fired when he objected. The suit also alleges that APD instructed Chavez “to overproduce materials to requesters,” requiring them “to spend time consuming hours sifting through boxes of irrelevant materials when no such responsive records were produced.”

The lawsuit describes a timeline that goes back six years and includes a number of high profile cases involving APD, local news media and members of the public.

After the 2010 death of civil rights attorney Mary Han, some questioned how APD handled the case and who was allowed on the scene. Through his lawsuit, Chavez claimed that APD instructed him to delay the release of records such as crime scene photos, police reports and audio regarding Han’s death.

Chavez’ suit also describes how his superiors instructed him to delay the release of videos recorded by undercover officers during a protest following the police shooting of camper James Boyd. The suit goes on to describe a meeting between Chavez and one of his superiors APD Assistant Chief Robert Huntsman. Chavez claimed that Huntsman said the video would not be released and that Huntsman would “make it go away.”

The suit includes allegations that the department intentionally delayed videos and other records from cases such as the shooting of James Boyd and the relationship between APD Chief Gordon Eden and tactical company TASER.

American Civil Liberties Union of New Mexico Executive Director issued a statement calling on APD to be more transparent and that “If these allegations are true, they represent a serious breach of trust with the people of Albuquerque.”

“The allegations put forth in this lawsuit seem to back up what we’ve long suspected: that APD deliberately withholds, destroys, or otherwise obfuscates public records that they fear might make them look bad,” Simonson said.

In April 2015, APD announced it put three employees from the IPRA unit, including Chavez on administrative leave. In August 2015, Chavez was notified of the termination of his employment with APD.

Chavez’ requests that the Second Judicial District Court award him with damages regarding his wrongful termination and APD’s violation of the New Mexico Whistleblower Act.

Albuquerque City Attorney Jessica Hernandez issued a statement implying Chavez was not necessarily fired for being a whistleblower.

“There is always more to the story when the City finds it necessary to fire an employee. That is true here, as well. The City takes these claims seriously, especially as they relate to our responsibilities under public record laws. We are committed to those responsibilities and are constantly striving to improve transparency and responsiveness to public requests,” Hernandez said.

Update: Added a statement from ACLU-NM and the Albuquerque City Attorney’s office.

Read the lawsuit below: