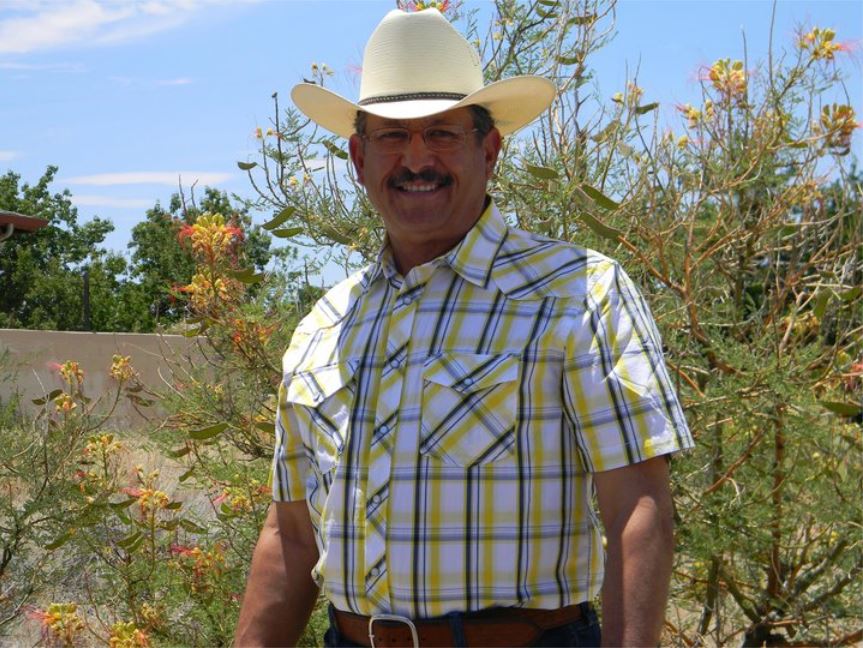 Kent Salazar is an Advisory Board Member for Hispanics Enjoying Camping, Hunting & the Outdoors and the current western vice chair of the National Wildlife Federation Board.

From the Aspen forests in the mountains to the arid plains in the desert, New Mexico’s natural diversity is enormous – and an outdoorsman’s dream. I’ve lived here my whole life, enjoying all the state has to offer; hunting game and fishing in our streams, rivers, and lakes. I was raised to respect nature and to take from the land only what’s needed to sustain me and my family.

Hunters and anglers, we use every part of what we take. I don’t believe I’ve ever seen any hunter or angler kill or catch something, take a small part of it, and throw the rest away. To most everyone, that kind of waste simply doesn’t make sense.

Yet, that’s exactly what’s happening with another one of our state’s natural resources, methane, which is the primary component of natural gas.

When methane is released into the air through venting, burned off through flaring, or lost through leaky equipment, oil and gas companies are taking and wasting our resource—a finite one. And that is unconscionable.

In 2014 alone, New Mexico’s oil and gas producers reported wasting more than 180,000 metric tons of methane—enough to heat more than 168,000 homes each year. It’s largely avoidable, which makes it even more unacceptable and disrespectful to future generations that will have to deal with the consequences of this waste.

Venting and flaring is not only wasteful from a moral perspective, but it is also costing the people of this state millions each year. A report commissioned by the Environmental Defense Fund found that New Mexico ranks number 1 in lost natural gas—an estimated $100 million worth of gas is lost each year. That means New Mexicans are missing out on millions of dollars in income from lost royalties and taxes that could have gone to things like schools and infrastructure.

180,000 metric tons of methane each year going up into the air is even more serious when you think about the costs it has on our health. Alongside methane, oil and gas operations release toxic pollutants such as benzene as well as volatile organic compounds that create smog which harms lungs— increasing asthma attacks, aggravating lung diseases, making the lungs more susceptible to infection, creating lung scar tissue, and much more.

Latinos, like myself, are among those facing the greatest risk to exposure to dangerous air pollutants and are three times more likely to die from asthma than any other racial or ethnic group. The places that are most impacted by air pollution from methane are areas with high Latino populations, and that includes our state, where Hispanics now represent 46% of the population.

The good news is that if we clamp down on methane emissions, we’ll also help tackle these other pollutants dangerous to our health.

The Bureau of Land Management (BLM) is preparing to release a draft ruling about methane this week.  I hope it will include strong guidelines to stop the avoidable waste of methane on our public lands. Methane waste on New Mexico’s federal and tribal lands has been largely unmanaged, and it can be avoided, captured, and brought to market with strong venting and flaring guidelines from BLM.

Beyond enjoying this state’s natural resources as an avid hunter and angler, I’ve also spent most of my career helping manage and protect them. I served on the New Mexico State Game and Fish Commission and currently serve as the western vice chair of the National Wildlife Federation Board, as well as on the Valles Caldera Trust Board. I know from experience that our lands can handle multiple uses and resource extraction that benefits society as a whole, but only when managed responsibly. Waste is irresponsible.

Correction: Our description of Salazar said he was the former western vice chair of the National Wildlife Federation board; Salazar is currently in that position. We regret the error.