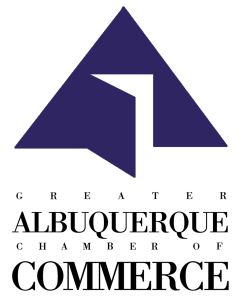 The latest dire predictions for the budget came from the Greater Albuquerque Chamber of Commerce, just a day before legislators gather and Gov. Susana Martinez gives her State of the State Address.

In an online newsletter previewing the session, the Chamber started the discussion of the budget by saying, “It’s not going to be a fun year.”

The reason? Oil prices. The budget projections assumed nearly $50 per barrel of oil. Oil is instead trading at below $30 per barrel. There are very few, if any, signs that an increase is on its way.

“For every $1 drop in the price of oil, the state loses about $10 million in revenue. At $29 per barrel, revenues decrease $200 million, wiping out any “new money” (perhaps a bit offset by increased gross receipts tax revenues as a result of consumers having more money to spend on other items),” the Chamber writes. “Nevertheless, all signs are pointing to a hunker down, hold the line, flat budget.”

The Chamber also opposes a provision of a budget proposal by the Legislative Finance Committee that appropriates $77.6 million in new money on a “contingency basis.” That is, only if the projected revenues happen.

The business mouthpiece says it “‘backdoors’ the consensus revenue estimating process” and that the funds would go to across-the-board salary increases for state employees. “New Mexico public employees are fairly compensated when compared to other states,” the Chamber says.

Keeping with the pessimism theme, the Chamber describes reforming the capital outlay process as unlikely.

Or as they write, “Ever try wresting a bone from a pit bull.”

Public safety and increasing criminal penalties look to be a major priority of House Republicans, especially the Republican leadership. The Chamber has been frequent allies of Republicans on many issues, and this is no different.

The Chamber supports “a constitutional amendment to allow courts to hold known bad guys without bail” as well as “ways to attract and retain more police officers, stiffen penalties for violent crimes, expand the ‘three strikes’ law and allow courts to order treatment for some mentally ill.”

The newsletter ended with a quote from Dr. Martin Luther King, Jr. saying “The time is always right to do what is right.”

The quote came from the 1961 Oberlin College commencement speech by King, who made the statement in the context of actively working against racial injustice.

The Chamber called it “poignant for the opening of a legislative session.”