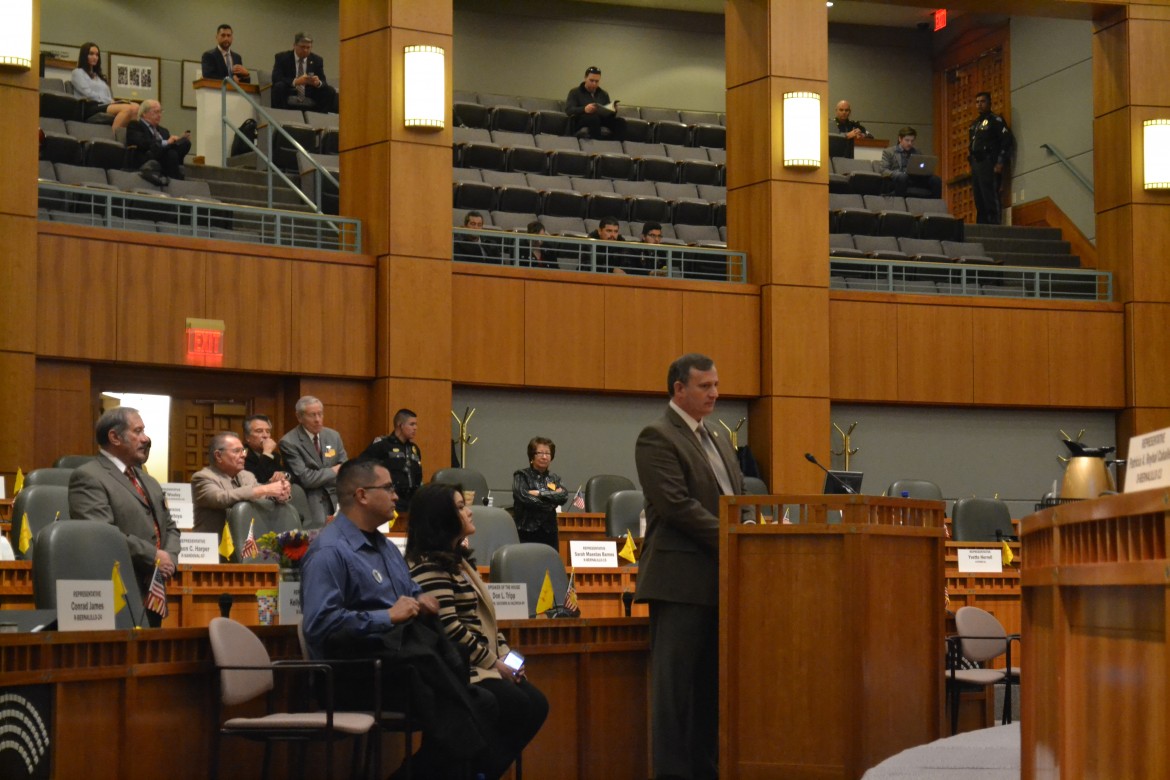 The sponsor of HB 56, Rep. Paul Pacheco, R-Albuquerque, told the panel that he was inspired to introduce legislation after a string of violent crimes in Albuquerque last summer. He said he saw it as his duty as a lawmaker to address the issue of repeat offenders.

“We are sent here by our constituents first and foremost to protect the citizens of the state of New Mexico,” Pacheco said.

Pacheco said while he was looking at the current law, he realized that no one had been convicted or even charged under the state’s three strikes law.

Pacheco introduced Veronica and Alan Garcia whose daughter, Lilly, was shot and killed in a road rage incident in Albuquerque last October.

Veronica Garcia spoke to the panel and pleaded with them to vote in favor of the bill. She said she would be back next year if the bill doesn’t make it to Gov. Susana Martinez’ desk.

“I’ll be here and I will be fighting for my Lilly,” Garcia said.

According to KOB-TV, the man charged with Lilly’s death was never previously convicted of a violent crime.

Pacheco stressed to the committee that his bill is very carefully crafted and would only apply to  repeat, violent offenders.

The panel also heard from members of the public.

Those in opposition included representatives from the American Civil Liberties Union of New Mexico, New Mexico Criminal Defense Lawyers Association and the Law Offices of the Public Defender. Those who spoke out against the bill cited repeat offender laws already in place and pushed for more preventative measures like rehabilitation and reform.

Fouratt asked the panel to consider passing the bill, which he said would “incapacitate” those who have a propensity towards violence.

Ezzell told the committee that violent crime occurs all over the state and not just Albuquerque. She said she heard from constituents who were victims of violent crimes and it was the responsibility of lawmakers to put a stop to repeat offenders.

“It is time to take a stand for the well being of all New Mexicans,” Ezzell said.

Before the vote, members each expressed condolences to the Garcia family. Democratic members mostly called the bill too broad, while Republican members praised the bill.

Rep. Patricia Roybal Caballero, D-Albuquerque, said she sympathized with victims of violent crimes, including the Garcias, but that she also sympathizes with families of those who spend a lifetime in jail.

“All of the families involved in these tragedies are affected,” Roybal Caballero said.

Rep. Nora Espinoza, R-Roswell, cited recent studies that put New Mexico at the top of the list of violent states.