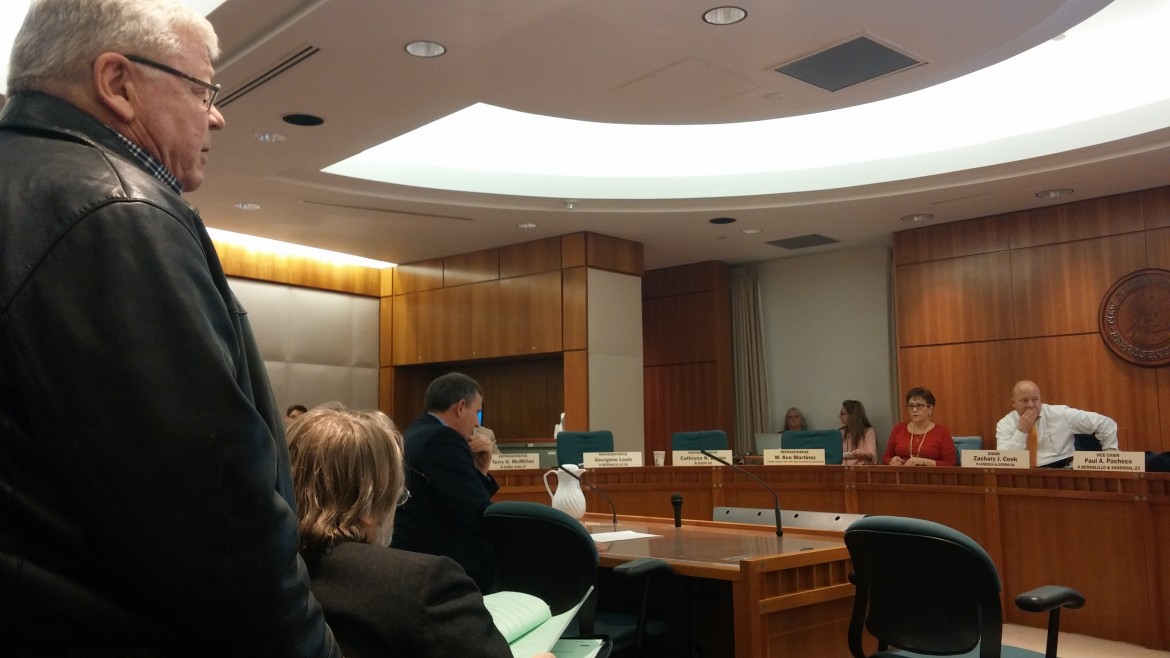 In addition to adding law enforcement officers as a protected class to the state Hate Crimes Act, a Republican-sponsored bill would now add first responders if it becomes law.

The change came Tuesday afternoon in the House Judiciary Committee at the request of House Minority Leader Brian Egolf, D-Santa Fe. Egolf first suggested firefighters as being added because of the danger their job entails.

That wasn’t the case last week, when all four Democrats in House Safety and Civil Safety Committee voted against the bill, among them Rep. Patricio Ruiloba, D-Albuquerque, himself a police officer.

Last week, members from civil rights groups like Equality New Mexico, the American Civil Liberties Union and the Anti-Defamation League testified that hate crimes were created for traditionally more vulnerable members of society—people of color, LGBT, for example—rather than occupations.

On Tuesday, Rikki Lee Chavez of the state Criminal Defense Lawyers Association made similar arguments, also citing that people who commit crimes against law enforcement are already subject to increased penalties in many cases.

Backers of the bill cited local and nationwide spies in violence against cops solely because they’re law enforcement officers, a claim that statistics do not fully support and in many cases contradict.

“This piece of legislation is an attempt to firm up and to put additional teeth into laws when a criminal assaults or attacks an officer,” Rep. Paul Pacheco, R-Albuquerque, and co-sponsor of the bill said.

On top of law enforcement organizations and police unions, the Rev. Holly Beaumont of Interfaith Worker Justice also spoke in support. She mentioned being a part of the task force that helped create the state Human Rights Act.

“It did not occur to us that at some point we needed to include police officers,” she said.

The bill next moves to the House floor.