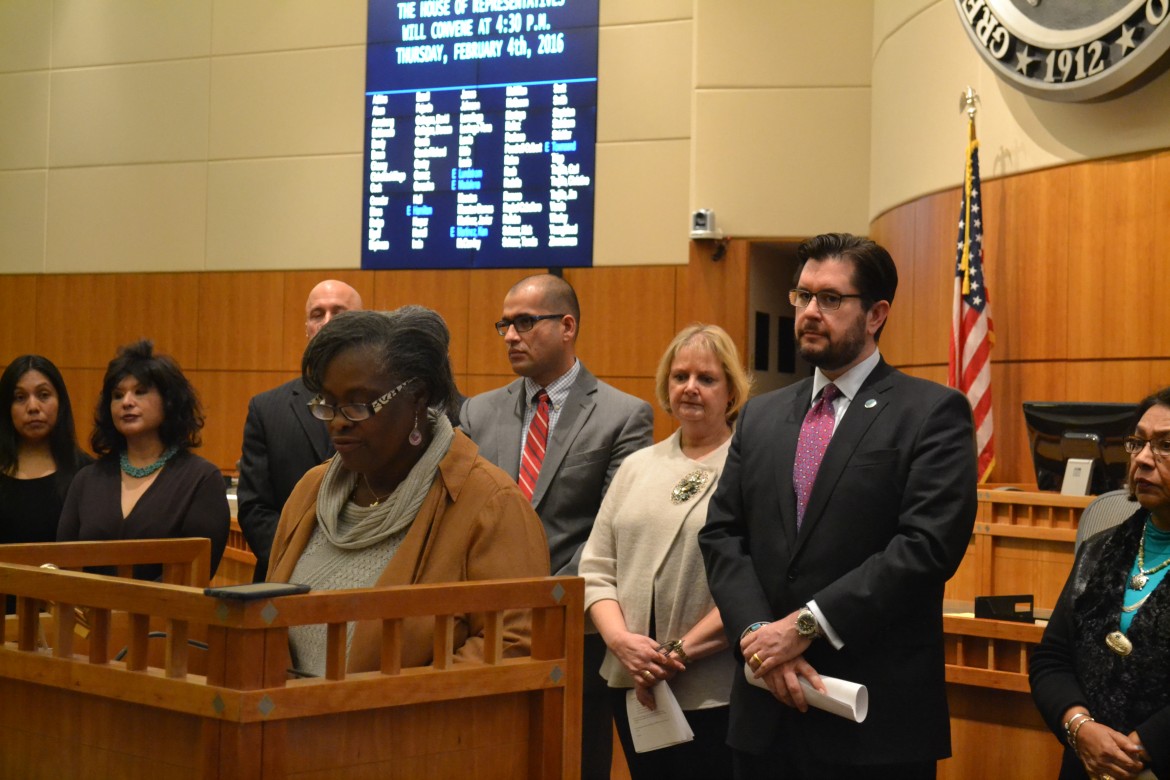 House Democrats fired more verbal shots across the aisle on Thursday. Members of the House Minority accused House Republicans and Gov. Susana Martinez of pushing tough on crime bills while holding job bills sponsored by Democrats in the Rules Committee.

House Minority Leader Brian Egolf, D-Santa Fe, said that House Republicans have been too focused on increasing criminal penalties while many New Mexicans are struggling with poverty and treatment for substance abuse.

Egolf said in the three Republican districts with the highest poverty rates, 24 to 26 percent of constituents are struggling to live on as little as $10,000 a year.

Rep. Debbie Armstrong, D-Albuquerque, said she has introduced bills that would address public health issues. She said these would help prevent crime better than tougher penalties.

Rep. Antonio “Moe” Maestas, D-Albuquerque, told reporters he was disappointed by both the number of bills to increase criminal penalties and lack of bills to address jobs in the state. He called SJR 1, which would reform bail procedures, the “number one crime fighting bill this session.”

Maestas said the Republican’s focus on crime bills is misguided.

“We cannot prosecute our way to prosperity,” Maestas said

House Republicans have repeatedly said they are pushing bills with increased penalties and changes to the criminal code in order to protect New Mexicans. Republicans have also criticized Senate Democrats for blocking bills aimed at cracking down on crime.

NM Political Report could not reach a representative from the House Majority office regarding Thursday’s press conference. We will add any comments we receive.T