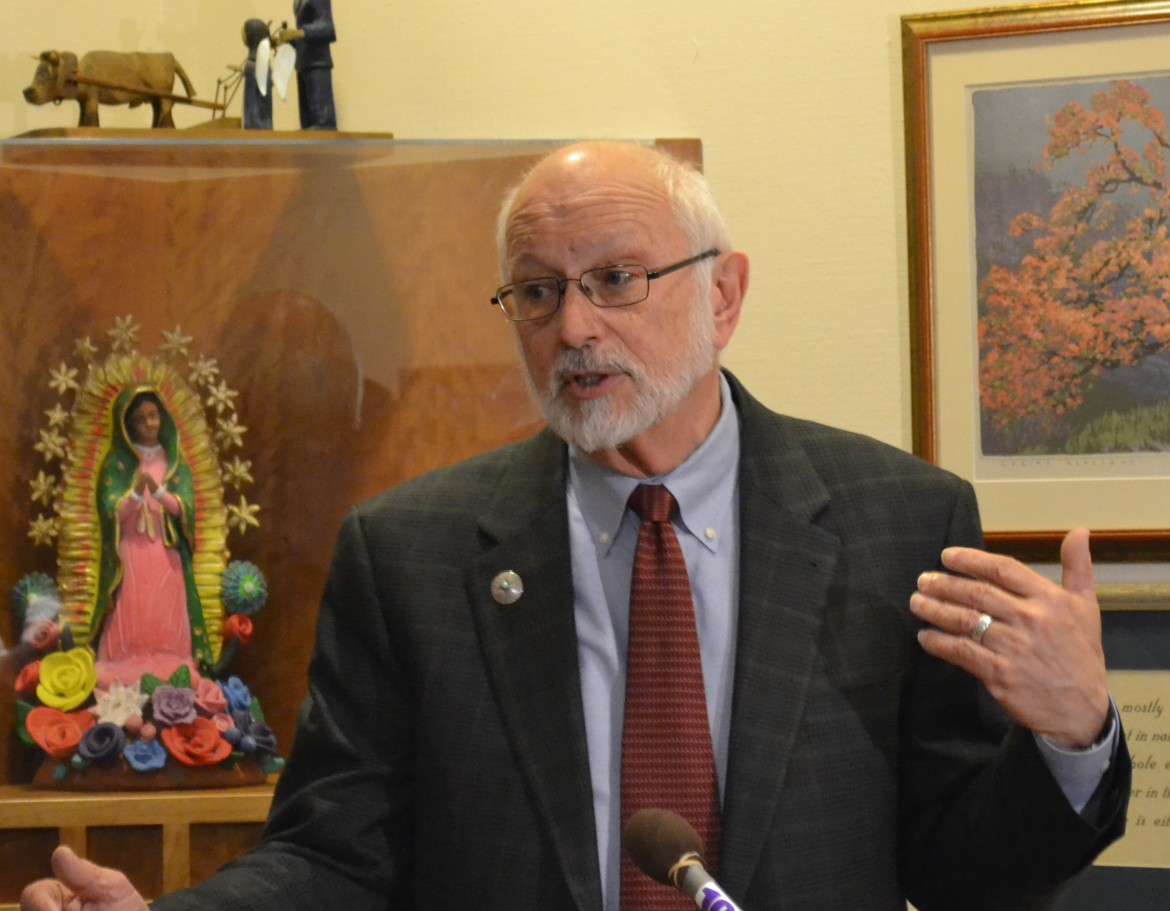 They spoke after a letter from the Attorney General’s office announced an investigation found no fraud from another ten behavioral health providers, bringing the total to 13.

“The news that the Attorney General has exonerated ten more of the agencies accused of fraud two years ago was very welcome but unfortunately comes about two years late,” Ortiz y Pino said during a press conference.

He praised the work from the AG’s office since Balderas took over, but also criticized former Attorney General Gary King for not taking swift enough action on the investigation. King, like Balderas, is a Democrat.

Ortiz y Pino also took a jab at Martinez and one of her former cabinet secretaries.

“The Governor and her then-secretary of human services made the decision to completely disrupt our behavioral health system,” Ortiz y Pino said.

Senate President Pro Tem Mary Kay Papen, D-Las Cruces, also spoke. She has been a critic of the freezing of Medicaid payments since 2013.

The federal law that allows the HSD Secretary to cut off funding also allows for some discretion in cutting off funding.

Last year, shortly after being sworn into office, Balderas released findings regarding investigations of three of the 15 providers, clearing them. There are still two more providers that Balderas is investigating.

Nancy Jo Archer, the former director for the now closed Hogares, told reporters even though the investigation does not show instances of fraud, some people are still hurting.

“The kids and families still are not getting services,” Archer said, while in tears. “The bottom line all of us ten lost our agencies, we lost our jobs.”

In a written statement, an HSD spokesman said they disagree with the findings from Balderas’ office.

“We respect but disagree with that decision and continue to believe that those funds should be used to help the people who need it the most,” a spokesman said of the Balderas’ letter.