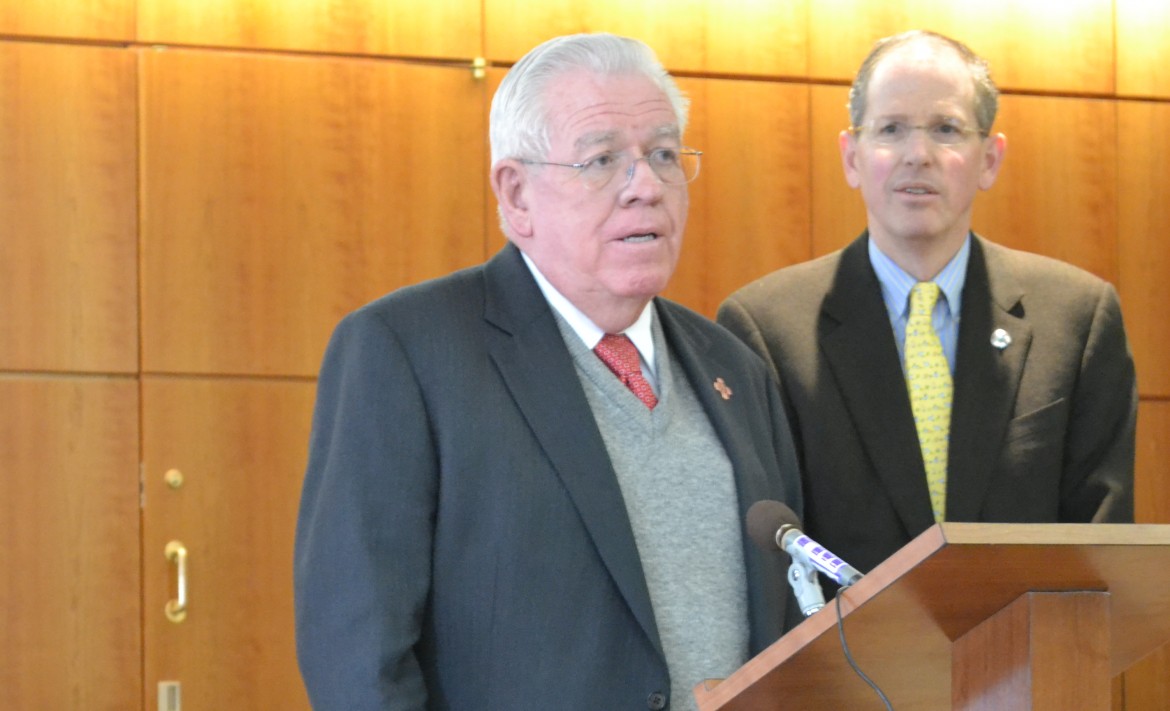 Crafting this year’s state budget will be a challenge and some long-held assumptions and principles will be tested.

That was the message from Sen. John Arthur Smith, the famously fiscally conservative and pessimistic chair of the Senate Finance Committee, as he gave a short preview of the budget on Monday morning.

The Deming Democrat spoke on the Senate floor, just two days after the House passed their version of the budget. His committee will now begin the review of the budget.

“We’re real concerned about getting through the fiscal year we’re in,” Smith said. He noted that there were essentially “zero” in reserves.

He then listed the numbers of plummeting funding streams from November, the latest numbers available.

Even in the areas with increases ($20 million in personal income taxes and $20 million in investment income), Smith said they would likely be adjusted down.

In all, Smith said the state is $358 million in the hole.

“Much denial is still prevalent throughout the state of New Mexico and also in this capital facility,” Smith said.

Because of the dire—a word Smith often uses—budget situation, Smith said that he felt the executive and the Legislature would need to “move in areas they don’t want to move in.”

Sen. Jerry Ortiz y Pino, D-Albuquerque, said the budget situation shows a need to either tax increases or a cut in services.

Ortiz y Pino also wondered at what the executive was proposing.

“What are they proposing as a way to balance the budget this year since the governor has frequently mentioned that we’ve eliminated our structural deficit and we’ve done it without cutting services and without raising taxes?” Ortiz y Pino said. This echoed concerns Ortiz y Pino voiced last week.

One, a reimposition of the food tax, even he knows is dead on arrival. He introduced the bill to make a point about the dire—that word again—budget situation.

Another that may have more legs is a proposal to delay corporate income tax cuts that the Legislature passed in a special session last year. House Democrats were largely in favor of the bill.

There is one major stumbling point on that; Rep. Larry Larrañaga, the chairman of the House Appropriations and Finance Committee, declared that delaying the date of tax cuts is itself a tax increase. Republicans are largely opposed to any and all tax increases.

“We’re back on faith-based economics,” Smith said. “We better pray that it gets better.”