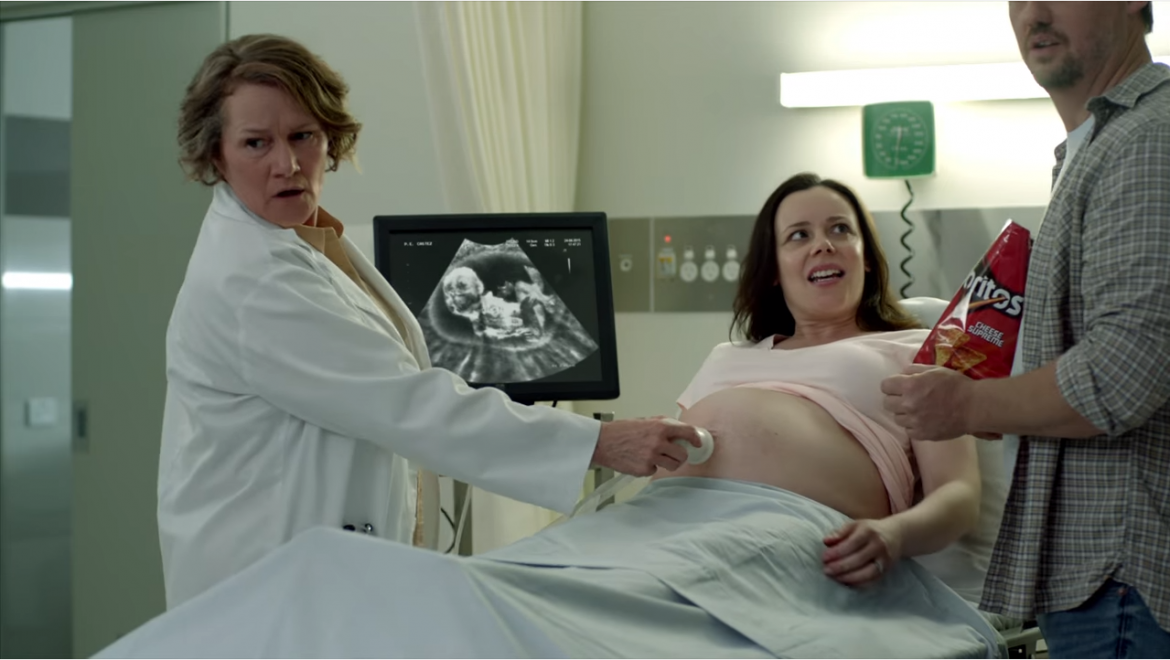 A screenshot from a Doritos TV commercial.

A brand of flavored tortilla chips more closely aligned with teenagers and late night dorm studies than politics made an appearance in the debate on abortion on Tuesday.

A screenshot from a Doritos TV commercial.

Why? Well, because of a Doritos Super Bowl ad involving an ultrasound and a father eating Doritos out of a bag in the examination room. The ad features a baby in the womb sensing the Doritos the father is eating during the ultrasound and responding.

The baby then shoots out of the womb to eat the Doritos.

Anti-abortion activists had been praising the ad for weeks; Doritos put the ad online in January, well before Sunday’s Super Bowl.

“They said, ‘How dare Doritos humanize that fetus in that commercial,’” Marcy May, an anti-abortion advocate, testified during public comment. “We wouldn’t have any issues if that fetus wasn’t humanized.”

Another speaker, Father Terry Brennan, also brought up the commercial when he testified in support of the bills. Brennan described the ad to the committee, getting some laughs from the audience.

“It’s a little odd when people take sides over a commercial,” Brennan said.

Believe it or not, this isn’t the first time Doritos became a part of the political discussion. Some social conservatives, most notably former Arkansas governor Mike Huckabee, objected to “Rainbow Doritos.” The limited time product was from a partnership between Frito Lay and the It Gets Better project, which opposes bullying of LGBT youth.

Despite the Super Bowl ad and the prop, the committee voted to table the two abortion bills.