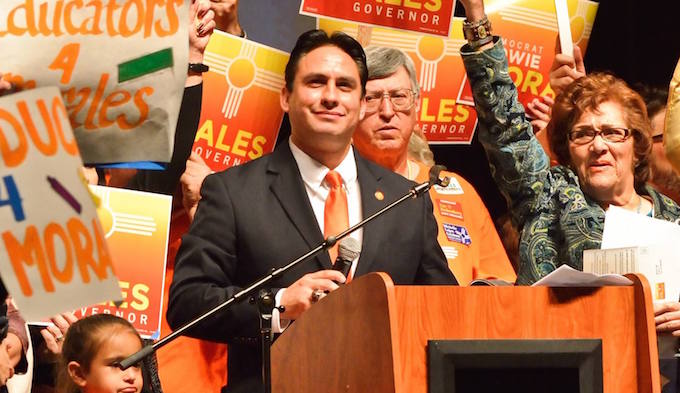 A prominent state senator is calling for Gov. Susana Martinez’s administration to be investigated for shutting down Medicaid funding from 15 behavioral health providers in 2013.

Sen. Howie Morales, D-Silver City, made the statements following an investigation by Attorney General Hector Balderas’ that cleared 10 of the providers of fraud this week. Three others had already been cleared by Balderas’ office.

“The public deserves some answers of what took place, why did it took place and the justification of this tremendous impact to the state of New Mexico,” Morales told NM Political Report Tuesday.

The state Human Services Department shut off funding from the 15 providers in 2013 after an audit from Boston-based Public Consulting Group found “credible allegations of fraud” in an audit that year.

PCG’s audit found $36 million worth of alleged Medicaid fraud between the 15 agencies. Yet the company extrapolated this number from reviewing a sample size that found just $42,500 of questionable spending.

Balderas’ office so far has cleared 13 of the providers from wrongdoing. Still, most went out of business and were initially replaced by five Arizona-based providers. Two of those Arizona providers no longer operate in New Mexico.

“The shakeup really was more of a shakedown,” Morales said, “and it’s unfortunate because people lost their jobs, lost their treatment and reputations were tarnished as well.”

As for how or what type of an investigation would take place, Morales said he wasn’t yet sure. He mentioned the Attorney General’s office potentially taking on a wider investigation, but conceded he didn’t know if was in their capacity.

It’s too late in the legislative session to call for an investigation through legislation, Morales said, and he hinted that direct communication with an investigative office may be the best way for him to move forward.

“Those are still things that will be needed to be cleared up,” he said. “But I think that there needs to be some type of accountability in this case.”

“I am going to take this audit and ask the White House and federal officials to take another look at the state’s mismanagement of this federal funding,” Grisham told the newspaper.

NM Political Report reached out to the governor’s office about the developments and will update this story if and when they respond.

An HSD spokesman said Monday that he disagreed with Balderas’ decision after the investigations.

Last year, a Santa Fe Reporter investigation dug into the crisis and pointed to United Healthcare and OptumHealth’s role in the scandal.