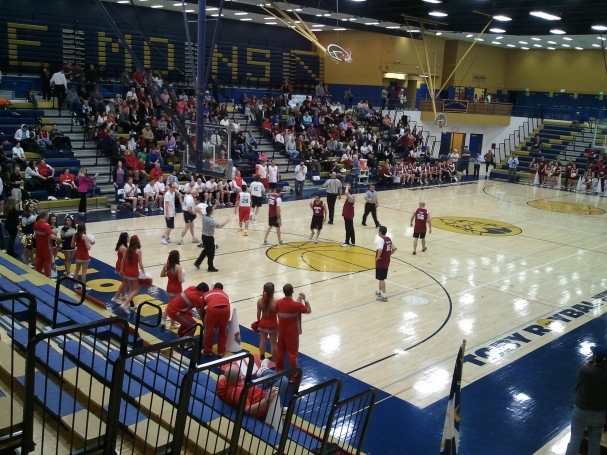 When the clock strikes noon today, that means there will be exactly 168 hours left in this year’s legislative session; those of you who are better at math than me know that means exactly seven days.

Yesterday, we saw a marijuana legalization bill surprisingly pass a committee, showing that there are surprises that even we here at Three things to look for can’t anticipate.

Still, here are three things that you should watch on Thursday, Feb. 11.

There is some bad blood between the House and Senate right now, but will it boil over to the charity basketball game? We’ve seen ejections, flagrant fouls and more in the last few years.

The game is at 7:00 p.m. at Santa Fe High School. It will cost you $5 to get in, but all that money goes to benefit the University of New Mexico Comprehensive Cancer Center.

Still, they are mostly there just to not get hurt and have a little bit of friendly competition. If you see an extra elbow or two, though…

Dianna Duran’s legacy hangs heavy over ethics efforts this legislative session, and nowhere more directly than in this effort to strip any public official or employee of their pension for any public corruption offense. Many criticized Attorney General Hector Balderas for not seeking to strip Duran’s sizable pension; however, Balderas said that the current law just didn’t allow for it.

This bill is in its first committee with just a week to go, so if it is going to pass, it has to move fast.

Opioid abuse, particularly heroin, has been a major problem in Northern New Mexico for decades. Now that the epidemic has become a nationwide one, it is getting more attention.

What we wrote yesterday

Yeah, we were up in Santa Fe yesterday for the long haul.

View all Three Things to Look For articles →

View all Three Things to Look For articles →