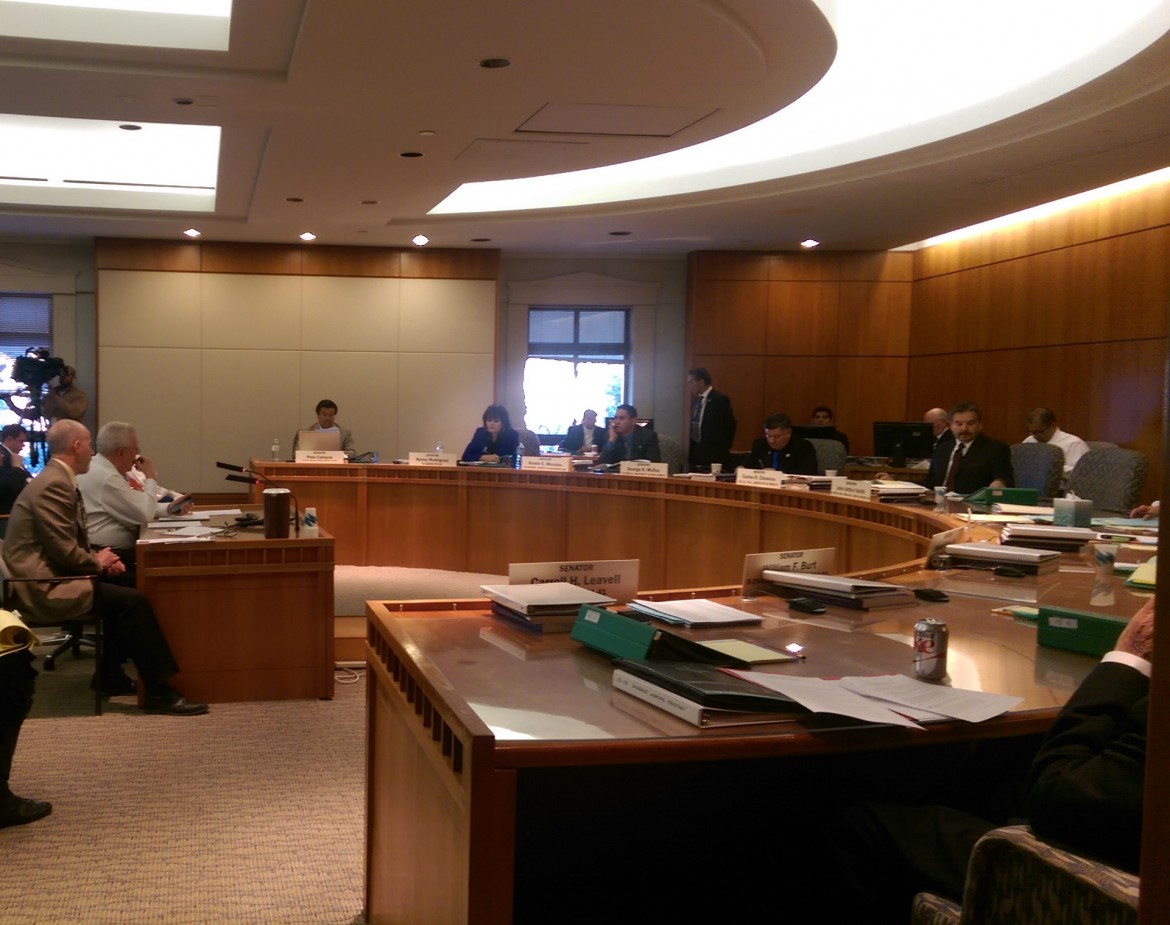 A long-running debate over a controversial issue looks like it is near an end.

Gov. Susana Martinez indicated that she would support the legislation, if it passes in the current form.

Martinez’s office did not provide a statement to NM Political Report, as they did to other media outlets and later put on Twitter.

“I support this bill in its current form, and call on lawmakers in both chambers to do what the people have asked us,” Martinez said. “Let’s pass this bill—as is.”

“We believe strongly that the governor has lost her six year war against immigrant families,” Diaz said. “Immigrant families will continue to drive legally long after this governor is out of office.”

She said that Gov. Susana Martinez originally wanted to make it so no one in the country illegally could drive, but that this version will allow “the 90,000 families” to continue to drive.

The big sticking point between the Senate version and the House version was a provision that would require fingerprints from those who cannot prove they are in the country legally. Sen. John Arthur Smith, D-Deming, and Senate Minority Leader Stuart Ingle, R-Portales agreed to add this provision to their legislation.

The fingerprinting provision would only apply to those in the country without lawful status who did not already have a driver’s license or identification card. Those who have licenses already would be grandfathered in..

Much of the discussion focused on if the state should use the fingerprints to check against the FBI database for a background check. After much discussion—and a short recess—the committee approved an amendment that would allow the state to use the FBI database.

“Mr. Chairman, we love the amendment,” Rep. Paul Pacheco, R-Albuquerque, said of Neville’s amendment. This is something he has not been able to say since the bill crossed over to the Senate side after the legislation passed the House.

Pacheco was the original sponsor, though Smith and Ingle took over the legislation with an extensive amendment in the Senate Public Affairs Committee.

Pacheco still expressed caution when he spoke to reporters afterward and said that things could still happen while on the Senate floor.

“The enabling language really makes a huge difference,” he told reporters, referring to the amendment. “Actually, we’ve been fighting for that all along.”

He said the fingerprints would only be sent to the FBI and not any other agency, specifically mentioning immigration.

The fingerprints would be taken by the Motor Vehicle Department and sent to the Department of Public Safety.

“We’re about as close as close can be,” Senate Majority Leader Michael Sanchez, D-Belen, said as walking by reporters ahead of the bill’s passage.

Smith said that their legislation fulfilled the main purpose, which had nothing to do with fingerprints.

“It’s our understanding that it will make us REAL ID compliant,” Smith said.

REAL ID became a major talking point in recent months after the federal government did not give the state a waiver to comply with its regulations. That means New Mexico licenses were not valid for entrance to federal facilities and, in a few years, would not be valid for identification for domestic air travel.

If this becomes law, New Mexico would be granted a waiver by the Department of Homeland Security.

The House version did not give those in the country legally an option between a REAL ID or non-REAL ID compliant card; they all would have the bill that complies with the federal law.

Sen. Nancy Rodriguez, D-Santa Fe, said that it was a very difficult discussion to require fingerprints for those who can’t prove they are in the country legally.

Pacheco objected to the original version brought forth by Smith and Ingle, before the FBI fingerprint amendment was added by Neville.

“We had a piece of legislation, an amendment that we had seen and we thought we all had agreed on,” Pacheco said. “But this certainly is not the piece.”

“I kind of feel like I was misled,” he added.

Taxation and Revenue Department Secretary Demesia Padilla was even more harsh when speaking about the portion that said it would not be shared with the FBI.

“It does absolutely nothing,” Padilla said. “It is worthless. It is meaningless words on a piece of paper.”

Their concerns were assuaged by the amendment brought by Neville, and they supported the version that passed.

The bill now heads to the Senate. If it were to clear the Senate, it would then go to the House for concurrence. After that, it would go to Martinez’s desk to either sign or veto.