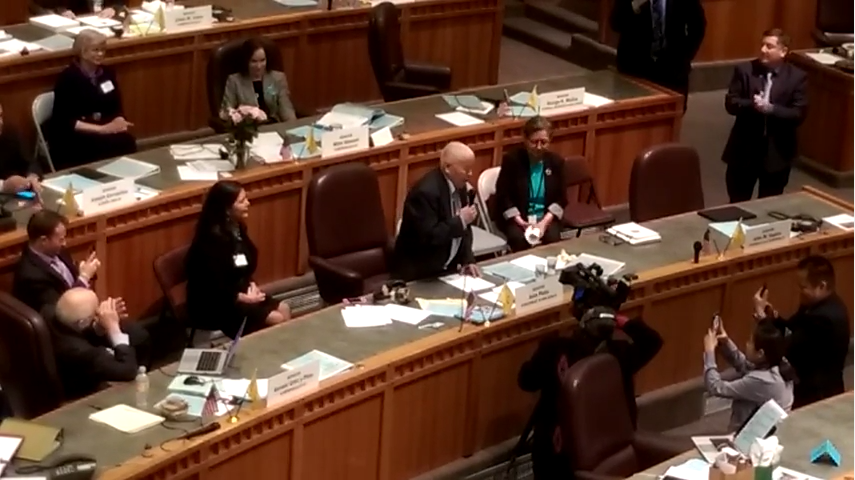 One of the annual traditions that Legislative watchers look to every year is the singing of “The Potato Song.”

Each year, Sen. John Pinto, D-Gallup, tells the story about how he and other Navajos training to be Code Talkers during World War II won a contest about the best song at boot camp.

As Sen. Cisco McSorley, D-Albuquerque, said later, he heard the prize was a case of beer and a day off of training.

While Pinto trained to be a Navajo Code Talker with the U.S. Marines, World War II ended before he would be sent overseas.

The singing came after the Senate unanimously approved Senate Joint Memorial 15, which calls on U.S. Congress to appropriate money to build a museum honoring Code Talkers.

Pinto then sings the song and it is one of those few times when everyone in the chamber—from the rostrum to the floor to the gallery—pays attention to the speaker.

Pinto has served in the State Senate since 1977.

NM Political Report also has the video from 2015.