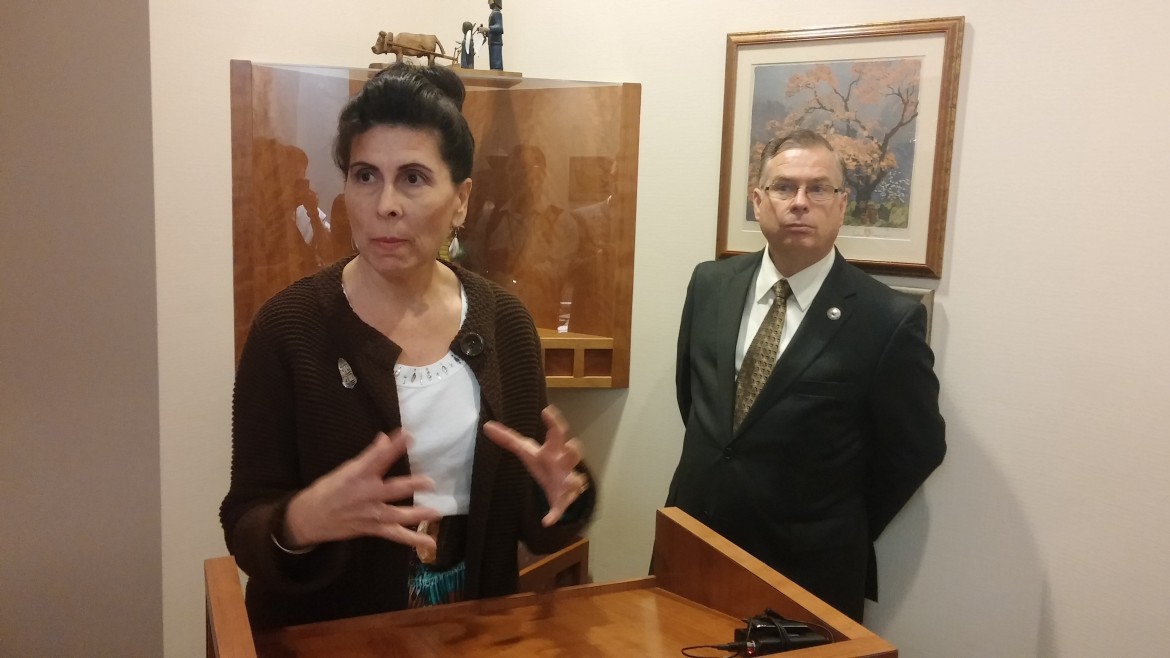 A handful of state senators explained to reporters this year’s death of a bill creating an independent ethics commission, contending it was more than their committee simply killing the measure.

Sen. Daniel Ivey-Soto, D-Albuquerque, said “a lot has been made about the actions of the [Senate] Rules Committee” suggesting actions that “the Rules committee has not taken.”

Rep. Jim Dines, R-Albuquerque, carried a bill that would have allowed general election voters to amend the state constitution to create an independent ethics commission to investigate corruption complaints against public officials. After passing the House, Dines withdrew his bill after disagreements with the Senate Rules Committee over changes made in a committee substitute that was never moved.

Ivey-Soto contended that Senate proposals that would require people making complaints against public officials to be held under penalty of perjury for filing frivolous complaints were suggestions, not requirements.

“What was sent over to Rep. Dines was not an ultimatum,” Ivey-Soto said. “It was not a specific proposal, it was not, ‘You have to do it this way’ and it was not, ‘This is what we expect of you.’ It was, ‘You came to our committee, we had a conversation.’”

Ivey-Soto told reporters he couldn’t remember who suggested the perjury penalties to Dines when Dines talked with members from the committee outside of the committee meeting.

“I didn’t make it,” Ivey-Soto said. “I think somebody attesting to something under penalty of perjury is probably reasonable to have a conversation about. Whether that deserves to be in the [state] constitution or not, I think is a whole other question.”

Gov. Susana Martinez did not deem Lopez’ bill germane during this year’s budget session. Since Dines’ legislation was a proposed constitutional amendment, the governor did not need to deem it germane.

Ingle likewise said there will “never” be a solution to please all of the public.

“We’re all painted with the same brush,” Ingle said.

Both Lopez and Ingle spoke highly of the existing ethics committee made up of state lawmakers, noting that this committee’s actions led to the resignation of Sen. Phil Griego, D-Santa Fe, last year. The committee’s actions came after news reports from the Santa Fe Reporter exposed Griego’s role in brokering a legislative deal.

Griego violated the state constitution by benefiting from a state land deal that happened during his term in office.

View all Common Cause articles →