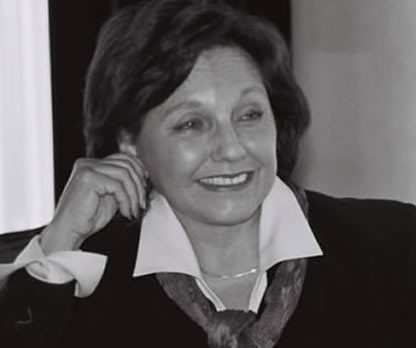 A former New Mexico Attorney General said she disagreed with the way representatives from the current AG’s office reacted to an amendment to a bill aimed at increasing penalties for distributing, possessing and manufacturing child pornography.

Former Attorney General Patricia Madrid told NM Political Report she isn’t in the business of criticizing other elected officials but that she doesn’t agree with how members of the office abruptly left a legislative committee hearing earlier this week.

“I don’t think the answer is to storm out of a meeting,” Madrid said.

At issue was a bill sponsored by Rep. Sarah Maestas Barnes, R-Albuquerque, and supported by Attorney General Hector Balderas. The bill would increase penalties for making, having and distributing child pornography.

Throughout the process of vetting the bill in committees, some legislators raised concerns that teenagers that engage in consensually sending explicit pictures to each other, or sexting, may be open to harsh penalties under the changes. Throughout the process, the AG’s office maintained their position that amending the bill to exclude sexting would weaken the law and open loopholes.

In a Senate Finance Committee hearing, members from the AG’s office, including one who served as an expert witness, left when the committee passed an amendment exempting sexting from those age 14-18..

Madrid acknowledged that Attorneys General may have different views or priorities, but she said she would have already excluded sexting from the legislation.

“I just don’t see the sense in attempting to criminalize reckless behavior on behalf of teenagers,” Madrid said.

Madrid created an Internet Crimes Against Children during her time in office. She said she always instructed her staff to be respectful of the legislature, but also acknowledged there is always different ways to get a job done.

“I wouldn’t have done it that way, but I’m not the current AG,” Madrid said of the actions from Balderas’ staff.

Balderas later told NM Political Report in an interview that he wanted the Senate to “clean up” the measure. The Senate made no further changes and the House agreed to the previous Senate changes that Balderas objected to.

The walkout also created tension on the Senate floor when Sen. Mark Moores, R-Albuquerque, attempted an amendment to change penalties on possession of child pornography, allowing charges for possession each individual picture. As Moores asked for unanimous consent to allow members from the AG’s office on the floor to serve as expert witnesses for his amendment, Sen. Lisa Torraco objected on the basis that the AG’s office was not helpful in the legislative process.

The Senate upheld her objection on a voice vote and a sergeant at arms escorted the witnesses off the floor.