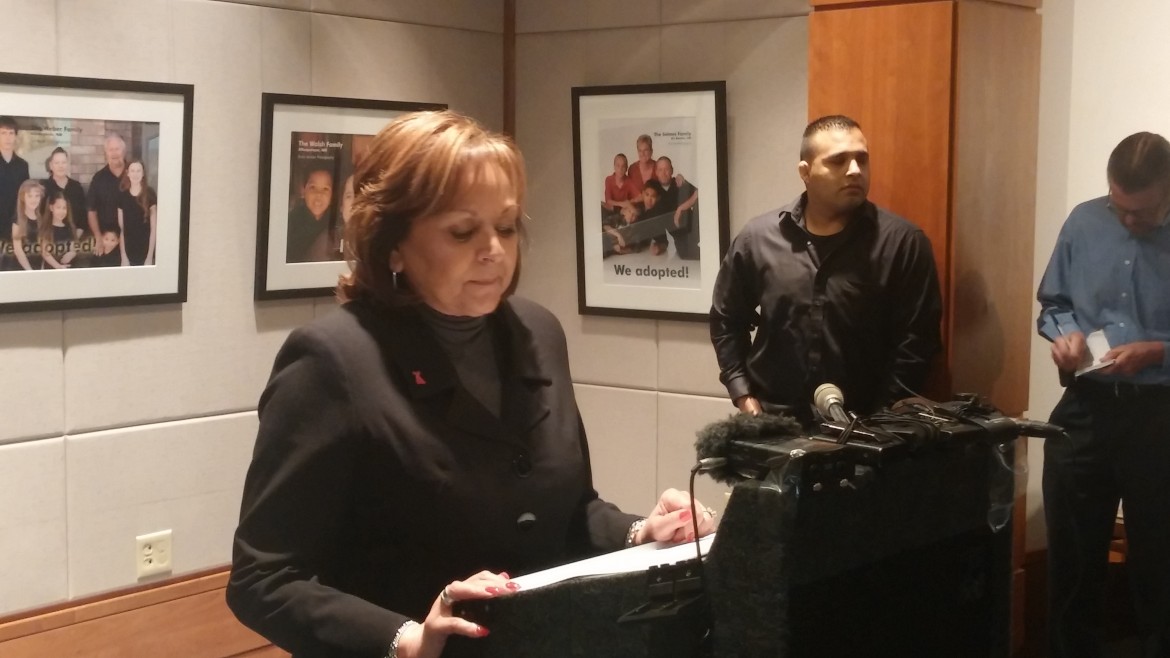 Following the 2016 legislative session, Gov. Susana Martinez touted passage of some tougher-on-crime laws, a new state budget and a bill to bring the state into compliance with the federal Real ID Act.

In a short post-session press conference, she touted her five-year legislative battle of changing the state law that gives driver’s licenses to undocumented immigrants as complete. But she also acknowledged the caveat.

“While this bill allows limited permits for those who are here illegally, they must prove residency and identity and subject themselves to fingerprinting and background checks,” she said.

Until this year, Martinez said she wouldn’t accept a two-tier system if it still allowed undocumented immigrants to still drive legally.

When asked about her change in stance this year, Martinez emphasized that the bill passed by the Legislature requires background checks, fingerprints and “remove[s] the practice of giving driver’s licenses to people that are here illegally all over the country from all over the world.”

“This state will no longer be a magnet for illegal immigrants from all over the world who come here to grab that driver’s license and then leave our state to go elsewhere,” Martinez said.

She also praised the Legislature for passing a budget that “even with limited resources prioritizes public safety to recruit and retain more police officers and corrections officers and clear the rape kit backlog.” Her office will be monitoring energy prices that make up a large portion of state revenue.

If falling energy prices mean the budget has to be reworked, Martinez said she didn’t “foresee” raising taxes.

She criticized the Senate for not passing a few high-profile tough-on-crime bills, including measures to strengthen the state three strikes law and allow local governments to impose teen curfew laws.

But Martinez saved much of her criticism of the Legislature for allowing “pork” projects on the state’s capital outlay bill.

“Legislators shouldn’t be able to anonymously slip in funding for projects,” she said.

Martinez urged voters in November to pass a proposed constitutional amendment to give judges more leverage in withhold bail from violent offenders.

She lauded “tougher penalties for possessing, distributing and manufacturing [child] pornography,” though she would not answer NM Political Report’s questions on the Senate’s amendment to that legislation exempting consensual teen sexting from penalties.