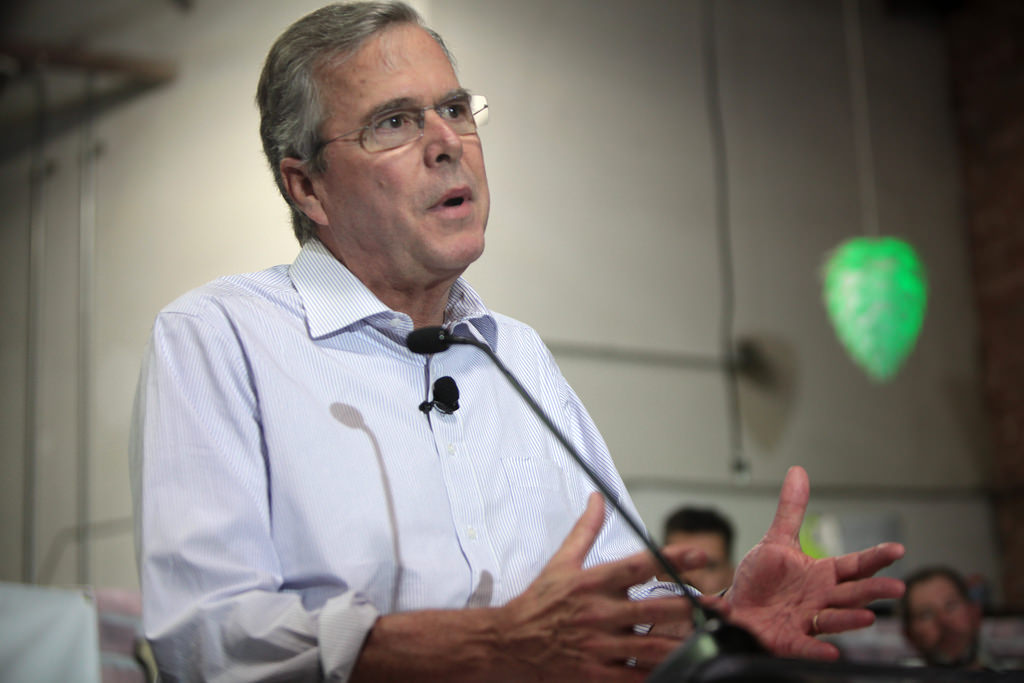 With the tremendous failure of the Jeb Bush presidential campaign—from frontrunner to dropping out after failing to win a single state—the political press is already digging through the campaign’s carcass.

And with that comes blame over campaign leadership, which includes campaign manager Danny Diaz, who was a part of Susana Martinez’s two successful gubernatorial campaigns in New Mexico.

The biggest criticism of Bush’s campaign was the inability to deal with the rise of Donald Trump as a significant political force. This led to a host of other problems for Bush, including an inability to connect with voters and an inability to turn the race to topics that would be better for Bush’s strengths.

A Washington D.C. lawyer who donated six figures to a Super PAC that supported Bush laid the blame directly at the feet of Diaz.

When speaking to NPR, Jamie Wareham said that when Trump’s rocked up the polls last summer, “it was clear we had the wrong people leading the campaign.”

Diaz signed on as campaign manager for Bush in June of 2015, before Bush formally launched his campaign.

Now, the Bush campaign is over, other campaigns are wooing high dollar donors and high profile Republicans are finding other candidates, mostly Marco Rubio, to support.

An unnamed campaign operative defended Diaz in the NPR story and said that Wareham had an axe to grind. The campaign manager for Mitt Romney in 2012, Matt Rhoades, praised Diaz and said it was a difficult situation for a political operative.

Other post-mortems seemed to show Diaz and top Bush adviser Sally Bradshaw—who appeared to have a large hand in the decision to hire Diaz—were slow to respond to Trump’s meteoric rise from a reality TV show star to legitimate presidential contender.

Politico Magazine painted Diaz and Bradshaw as unwilling to change course based on changing circumstances in the campaign.

An unnamed source who Politico Magazine called “a longtime Bush donor who has supported all five of the family’s presidential campaigns” was critical of the two.

“You cannot run a political campaign and not have the ability to adapt, to pivot,” the unnamed donor said. “To sit there and say ‘We have a book’ just shows the immaturity.”

“I think they misread it: They felt that they were going to win, so instead of starting lean and mean—I’m just guessing—they started with a transition team,” Fernandez told the paper. “When you think of yourself as the appointed one from Day One — or your team does — something’s going to give.”

Diaz likely still has a future—and a long one—in politics. In addition to his connections to Martinez, who is now the head of the Republican Governors Association, he was the general consultant for the successful Doug Ducey campaign for Arizona governor and a senior advisor the Mitt Romney’s presidential campaign.

He is still the founding partner of FP1 Strategies and has a history with Republicans going back over a decade.

And other looks back at the Bush campaign cite reasons outside of Diaz’s control: The Bush name, once a valuable asset among Republicans, is viewed as tarnished after the presidency of Jeb’s brother, George W. Bush. Along with a strong populist sentiment, Bush’s last name became a liability.

And this populism fed into the Trump narrative, which has shown little sign of stopping.