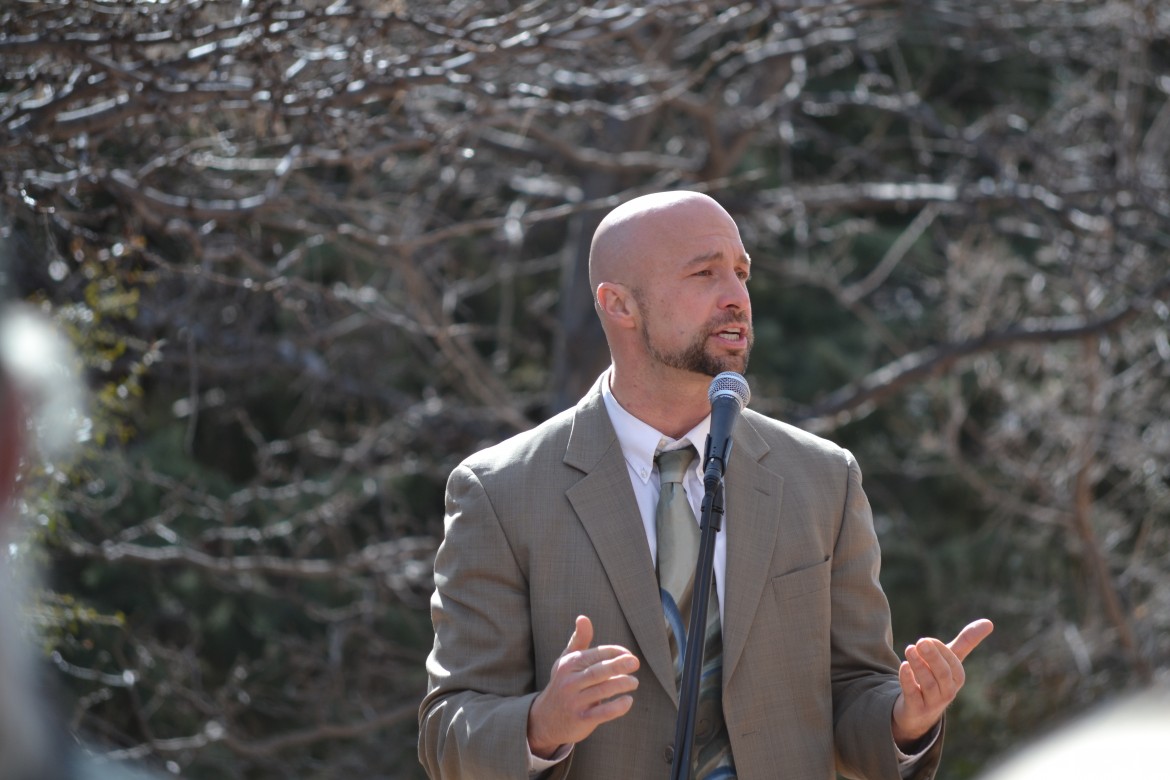 Bill McCamley is a Democratic State Representative from District 33.

The first step in any recovery program is acknowledging your problems. Well New Mexico, we have many and can only make things better by facing them head on.

First? The bad economy. Our state is first in unemployment, and even available jobs don’t pay much. At $850 per week, the average New Mexican makes almost $200 less than the average American.

A few weeks ago in Albuquerque a tech company laid off 150 high paying jobs, but more than 10,000 people recently applied for restaurant work at a new Cheescake Factory. It’s the perfect illustration of our economic troubles.

A lack of good work means that our students have the highest national rate of default on their college loans; and they are leaving. We are the only regional state where more young people are leaving than moving in as they go in search of quality employment.

And when parents can’t find decent jobs, properly providing for children is rough. More New Mexico kids live in poverty than in any other state. Since research shows that bad economies (and everything associated with them like hunger, worse health, less parental help with schoolwork, etc.) lead to poorer learning, it’s no surprise that our state ranks low in so many educational categories.

A bad economy means less tax money collected for the state budget. The results? Teachers don’t get hired, potholes don’t get fixed, water systems go bad, and sick people don’t get treatment. All of these contribute to a low quality of life, convincing more people to move.

It’s a vicious cycle that makes me furious. I love our friendly people, chile, mountains, and weather. I hate seeing neighbors hurting, angry, and eventually moving away. I am terrified things will get worse before they get better. But being content with the way we’ve always done things like relying on oil and the federal government for most of our jobs, band-aiding our state budget and continually carving our tax policy into Swiss cheese with special interest breaks won’t fix anything. And in the last legislative session, the Governor and some Republicans spent all our time talking about putting more people in prison. This will only make the situation worse.

Any problem, though, can be overcome if you think smart, work hard, and are honest enough to recognize its root causes. So what can we do?

We can create a better economy by focussing infrastructure and educational resources on things we do well. Industries created by research at our labs and universities, clean energy, film, aerospace, border trade and value added agriculture (think wine and cheese) have all shown promise. Let’s make them better.

We should reform the tax code. In our Gross Receipts laws alone, there are over 370 deductions, exemptions, and credits. Getting rid of most of them and lowering the overall rate will make things simpler, encouraging businesses to start and move here.

Reform should also address inequality. Getting rid of the special tax break for capital gains, which doesn’t create jobs and overwhelmingly helps people who already have money, is a great start. Instead we should raise the Earned Income Tax Credit, which encourages work, lowers welfare rates, and improves the health of single mothers and babies.

Also, investing some of our state’s permanent fund to increase early childhood education would benefit kids throughout their entire lives. Though some lawmakers have been reluctant to implement this because they worry about tapping into our state’s “rainy day accounts,” guess what? Looking at our current situation, you don’t need a meteorologist to see that it’s raining.

We have to own our problems, being honest with where we are, where we want to go, and how we get there. This will allow us to embrace holistic solutions to them, and create a better place to live for both ourselves and our kids.